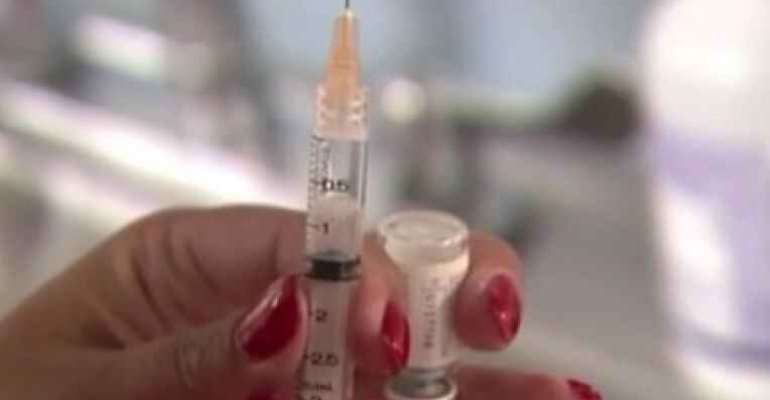 Lee Mercker, from the Jacksonville area, was diagnosed with a very early-stage form of breast cancer, in March, despite maintaining, she says, a healthy, active lifestyle.

Mercker disclosed that she went to the Mayo Clinic in Jacksonville to start treatment, but her doctor asked if she’d like to try something else first: An experimental vaccine that aims to fight off early-stage breast cancer and prevent future occurrence.

The simple set of shots sounded like a potential game-changer in the fight against the deadly disease.

"I signed up in like 10 seconds,” she said.
To the thrill of everyone involved, it worked.
"We saw some evidence of elimination of the tumor, as well as some evidence of the immune system crowding in,” said Dr. Keith Knutson, from the Mayo Clinic Jacksonville.

Knutson said Mercker’s results were, essentially, what their team had hoped the vaccine would do as it developed out, but it was happening in their very first human test subject.

Mercker said she still underwent a double mastectomy to assure the breast cancer was out of her body completely, as the vaccine was just a trial.

Her removed breast tissue can now be studied for further results.

However, Mercker said it’s starting to hit her just how big of a breakthrough she may have helped discover.

"I feel like I walked on the moon,” she said. "I worked in an industry with tons of women and I saw all kinds of stories, and it'd just be really nice to stamp this [breast cancer] out."

Dr. Knutson said they have started trying the vaccine on two other patients, as well and are looking for more trial subjects.

The drug still has a long way to go, but Knutson said it’s promising and is helping show shades of a future that doctors have been working toward.

"Really, a vaccine against breast cancer and I think it's only a matter of time myself,” Dr. Knutson said.

The doctor said the Mayo Clinic is currently working on several vaccines aimed at preventing and beating cancer.

He even expects a trial to begin, possibly next year, on a vaccine that would aim to prevent breast cancer from forming in healthy patients, basically a sort of "flu shot against breast cancer."