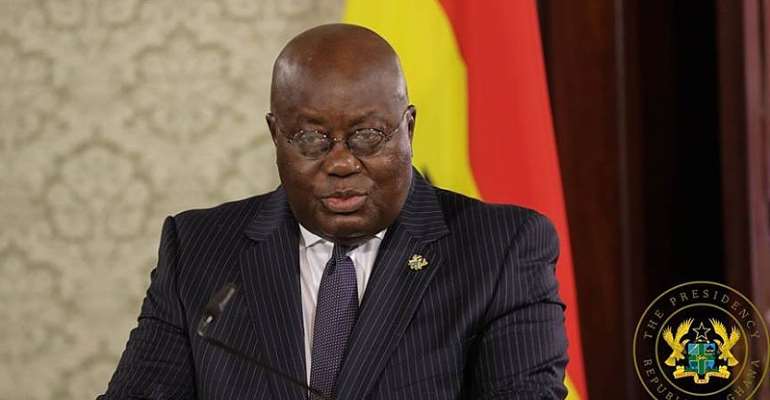 The Ashanti branch of the opposition National Democratic Congress (NDC) has described President Akufo-Addo’s just ended three-day tour of the Ashanti region as a waste of state resources.

It says, the President, during the tour, busied himself inspecting what they called low-grade projects, adding that, the President’s visit was an exercise of mediocrity laced with pomp and pageantry.

The party cited the Miro Forestry Company Limited as one of the projects started by the NDC but was captured as factories built by the current government when the President visited the Sekyere Afram Plains District.

Addressing news conference today [Monday] in Kumasi, the Ashanti Regional Communication Director of the NDC, Abbass Nurudeen accused the New Patriotic Party (NPP) government of using projects initiated by the NDC government for its flagship program, the ‘One District One Factory’.

“As we can witness from the President's just ended tour, the President rather bizarrely expended millions of tax payers' money on expecting low grade projects in a complete exercise of mediocrity laced with pomp and pageantry. As it were, President Akufo-Addo's attitude to the Ashanti region; the NPP's world bank can be likened to that of a man and his proverbial old wife who he occasionally sees with no genuine show of affection. Akufo-Addo's recent tour is nothing but a complete waste of tax payers' money and an insult to the intelligence of inhabitants of the Ashanti Region.”

President Akufo-Addo while in the region inspected the Drobonso Community Day SHS and also commissioned a One District One Factory project.

The President, during his visit to the region met chiefs and opinion leaders to discuss the upcoming referendum on voting for Metropolitan Municipal and District Chief Executives (MMDCEs).

President Akufo-Addo also visited St. Monica’s Senior High School in Asante Mampong where he charged beneficiaries of the Free SHS policy to shame critics of the program by obtaining good grades when they sit for the West Africa Senior School Certificate Examination next year.