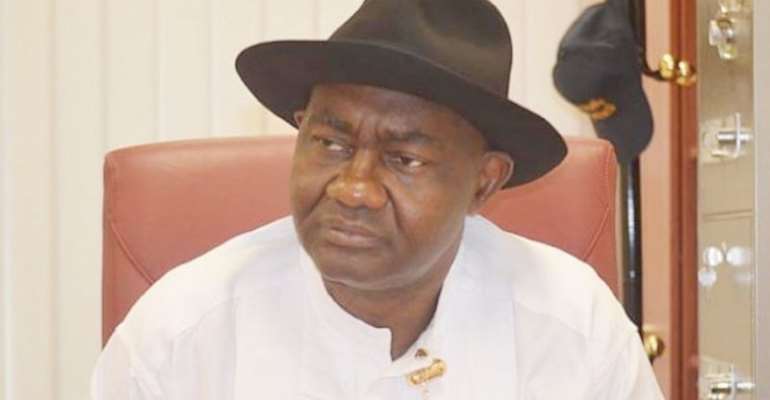 The immediate-past senator representing Rivers South-East Senatorial District at the National Assembly, Magnus Ngei Abe, has called for the sustenance of internal democracy in Political Parties in Nigeria.

Abe made the call while speaking during a symposium organised by the Rivers APC Visionary Media Team at the Ernest Ikoli Press Centre, Port Harcourt, the Rivers State capital over the weekend.

The symposium tagged: "The Implications of Internal Democracy To The Development of Democracy In Nigeria", was attended by chieftains of the APC in Rivers State, including the former Senator representing Rivers-West in the National Assembly, Wilson Ake.

In his lecture titled: "The Implications of Internal Democracy To The Development of Democracy In Nigeria", a Constitutional lawyer, Professor Richard Nwokocha, said under democracy, all participants in the process are equal.

Nwokocha, who is a senior lecturer in the Department of Business Law, Rivers State University, Port Harcourt, said all participants in the democratic process have equal values.

He described election as the face of democracy, adding that without elections, there cannot be a democracy.

"The government or state policies must pursue the common goal of all. All leaders are under a duty to account to the followers.

"Election is the face of democracy, without elections, we cannot have democracy. Internal democracy must take us somewhere and enable us achieve something.

Earlier, Director-General of Rivers APC Visionary Media Team, Robertson Jack said: "The need to organize this program was necessitated by the increasing level of lack of Internal Democracy in our political parties and its alarming effect on the State and Nation.

"Our political situation is so bad that both the major and minor political parties have failed to allow party members to exercise their rights to choose who represents them at the general election.

While political godfathers decide who gets what in the two major political Parties, the small parties have turned themselves into sellers of tickets to political heavyweights who are not favored by the so-called godfathers' dictates and, are looking for where to purchase a ticket."

In his address, Chairman of the occasion and former Deputy Speaker of the House of Representatives, Prince Chibudom Nwuche, stated that the lack of internal democracy in political parties is more than a threat to the stability of democracy in Nigeria.

In his solidarity speech, Senator Wilson Ake, said internal democracy would enable ordinary people to have access to power, adding that people should live according to what they preached.

Ake called on the organizers of the program to make it an annual event in order to sustain the fight for internal democracy in political parties in Nigeria.

Highlight of the event was the presentation of an award of 'Champion of Internal Democracy' and support to the students’ community by National Union of Rivers State Students (NURSS), University of Port Harcourt to Senator Magnus Abe.