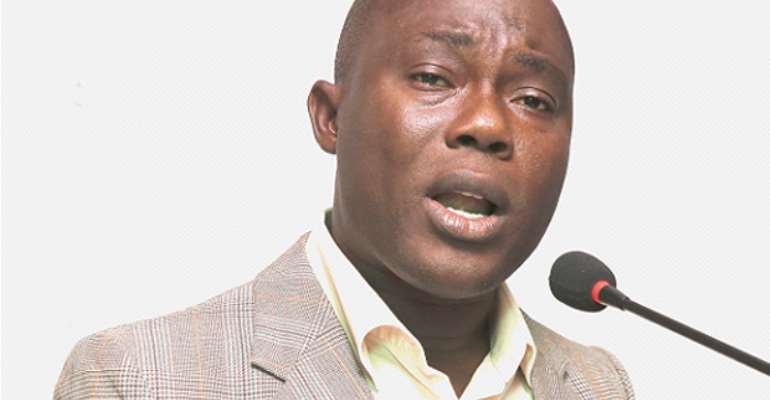 All of a sudden there is a massive surge of sexual harassment of women and it is so disgraceful that we are constrained to ask all well-meaning Ghanaians to join hands in fighting it.

If our action would incite most Ghanaians against the predators, so be it. From senior high school through tertiary institutions to workplaces, our girls, ladies and women are not safe.

Most of the acts of harassment they endure are kept in their hearts. They never disclose them because they do not think anything would reverse the order. Besides, they dread the consequences of such disclosures.

Why must we continue to live with this inhuman and chauvinist inclination? Men in high positions continue to abuse their positions by bullying poor ladies to submit to their predatory manoeuvres.

The kind of offensive gestures they endure day in and day out is so painful that we must as a people play our parts to bring a closure to the nonsense.

No woman is spared from the dirty gestures which come in an assortment of forms, some veiled as admirations. When this is not stopped, it develops into unsolicited physical contact and embarrassingly so.

Should it be a curse to be female in our society?
The kind of unnecessary descriptions some bad men shower on women makes the latter look like objects of sex.

The unnecessary accolades only make women uncomfortable yet most men in this country do not know these constitute sexual harassment. What is good about describing the legs of a lady as though she needs such a description?

There is the exigent need for something to be done at policy level to punish heavily those who harass women. The reactions of some men when the Gyampo story hit the social and traditional media were to state the least shameful; and to think these originated from responsible-looking persons was incomprehensible.

Were victims of sexual harassment to be given the opportunity to narrate their ordeals at the hands of bad men the subject under review would have been better appreciated.

We should not be under any illusion that when we tell a lady that she has wonderful hips we are making her happy. Sometimes these uncouth accolades are showered on teenage girls in senior high school by men who are old as their fathers.

The Prof. Gyamfo episode has put the subject of sexual harassment on the front burner and we think that as responsible citizens we must provide the fuel to have it remain there for as long as men would continue to be irresponsible and driven by their uncontrollable libidos.

We are yet to see the kind of reaction and accompanying 'hashtag' from women groups in the country. These were active a few years ago especially when there were political undertones to be exploited.

Why have they gone silent? This is the time for them to stand and be counted among those in favour of stamping out sexual harassment of women.

Those who have daughters especially should be concerned about what these ladies and girls suffer when they go seeking what is their right at public and private places.

Authorities of the University of Ghana nearly missed an opportunity to distance themselves from a bad story. Their initial reaction created such a public outcry, and we shuddered to think about how they were going to manage the PR disaster the sex-for-enhanced grades blunder had generated by some of their staffers.

Men who exhibit such predatory tendencies do not deserve to live among decent members of society. Talking high heeled ladies and forced kisses and others are total balderdash and can only come from the predators whose conduct can only be likened to animals in the jungle.

Those who defend the predators are themselves irresponsible and should not be listened to.