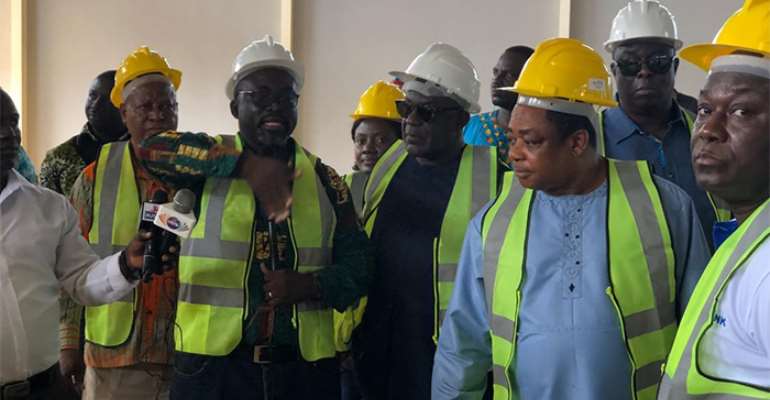 Director of the Factory, Frederick Kobbynah Acquah, in an interaction with a delegation from the Ghana Export-Import Bank (GEXIM), led by its Board Chairman, Kwadwo Boateng Genfi, announced that management of the factory had given itself up to six weeks to start full production so that by Christmas, Ghanaians will enjoy fresh pineapple juice from the factory.

Speaking on the fruit juice, Mr. Acquah said: “we are presenting to the market fruit juice that is raw – that is, fruit juice without additives.”

“We are also looking at pineapple and its mixes, such as pineapple with ginger, passion fruit, watermelon and citrus”, adding that, the beverages have a longer life span. 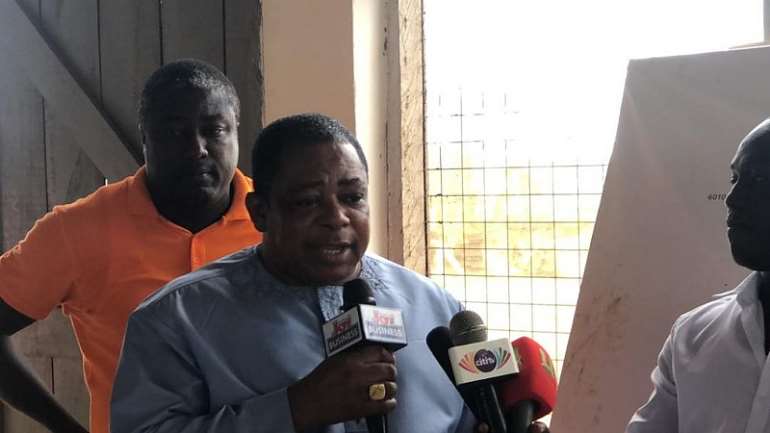 The factory is one of the very first projects for which President Akufo-Addo cut sod under government's flagship 'One District, One Factory (1D1F)' programme in August 2017.

All necessary machinery for work at the factory has been fully installed and is estimated to create 5000 direct out grower jobs within the community and its environs to augment efforts to alleviate poverty.

Mr. Acquah also noted that the designing and construction of the factory with the installation of the machinery were done by Ghanaian engineers, adding that they are in the process of training more indigenous engineers to run it.

The facility has the capacity to process 10 tonnes per hour of fruit juice.

On Friday, October 4, a team from GEXIM bank, financiers of the project visited the factory to inspect progress of work.

Also part of the GEXIM team were Nana Dr. Apiagyei Dankawoso I, Chairman of the bank’s Risk, Credit And Investment Committee and Lawrence Agyinsam, the Chief Executive Officer (CEO).

GEXIM Bank approved a GH¢ 60 million loan for the construction and operations of the Ekumfi Pineapple Processing Factory out of which GH¢ 58.5 million has been disbursed.

The farm is situated on a 50-acre land at Ekumfi Nanaben, in the central region.