Zimbabwe furious over US diamond ban 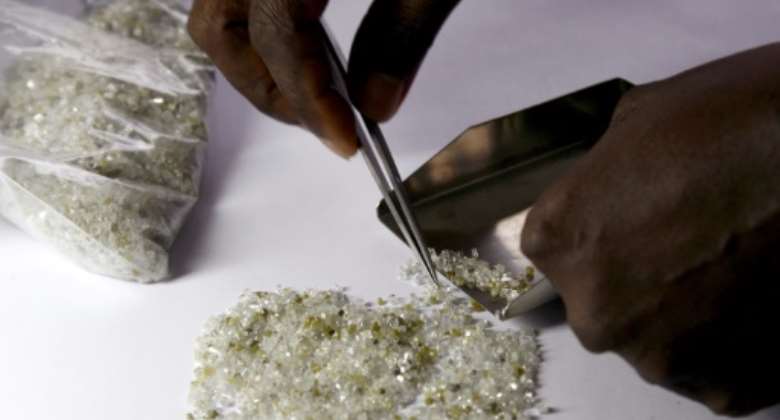 Diamonds are a major income source for cash-strapped Zimbabwe. By ISSOUF SANOGO (AFP)

Zimbabwe on Friday slammed a US decision to ban its exports of uncut diamonds, saying claims of the gems being extracted by forced labour at a major mining area had a "political agenda".

"Zimbabwe has one of the best labour laws, which don't allow the practise of forcing people to work against their will.

"We believe there is a political agenda hidden behind the ban," he said.

On Tuesday, US Customs and Border Protection (CBP) announced it had issued a so-called withhold release order barring the trading of rough diamonds from Zimbabwe.

At issue are the diamond fields in Marange, in eastern Zimbabwe, which have been a prolific source of diamonds since 2006.

Washington says the small-scale producers who predominate in these fields use coerced labour.

Tensions between the two countries have been strained since 2003 when the US first imposed sanctions on politicians and state companies.

The southern African nation suffering its worst economic crisis since 2008, has been desperate to see economic sanctions against it lifted, and views the clamp as a further hindrance of investment into the country.

"We see the ban as just another excuse to keep the sanctions," Ziyambi protested.

But many people say they are worse off now under his government than under Robert Mugabe, whom he replaced in 2017.

Other categories of goods from China, Malaysia, Democratic Republic of Congo (DRC) and Brazil were similarly barred by the US on suspicion of being made with forced labour.

In 2018, the investigative NGO Global Witness said the diamond industry in Zimbabwe suffered a "lack of transparency and oversight."

Among those who held ownership stakes in diamond mining were Zimbabwe's army and its Central Intelligence Organisation, it charged.