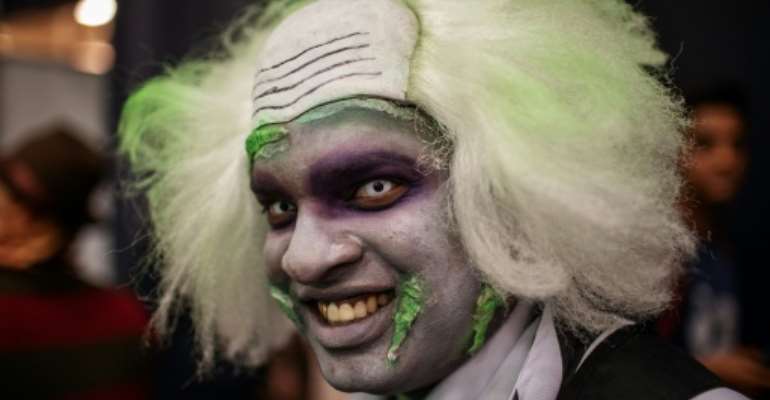 Cosplayers dress as their favourite superheroes - or villains. By Michele Spatari (AFP) 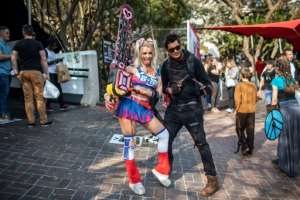 "It's the first time I've been here. I have heard so much about it so I wanted to experience it," said Nishen Deepchand, peering out from a black Batman mask.

"I've teamed up with Tinkerbell as well. It's a special love affair but nobody knows about it so make sure you don't tell Batgirl." 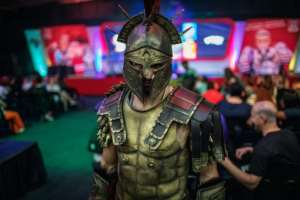 Some 60,000 people are expected to attend the second edition of Comic Con Africa . By Michele Spatari (AFP)

Sponsors of the four-day event, which opened on Saturday, are expecting 60,000 attendees - a unique opportunity for new creators to showcase their work.

Mkize's three-volume illustrated story of "Kwezi" - a 19-year old boy in South Africa who discovers he has superpowers - has been a hit in the country. 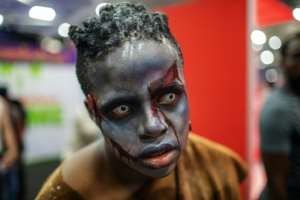 A cosplayer is dressed as a character from "The Walking Dead". By Michele Spatari (AFP)

"The fan base has grown to now in the tens of thousands," Mkize told AFP. "That's an amazing feat, particularly for an industry in South Africa where we thought there was no industry."

Mkize is among a growing movement of African illustrators striving to bring more diversity to the global comic scene.

Since 2013, Nigerian start-up Comic Republic have created a series of superheroes referred to as "Africa's Avengers"by fans. 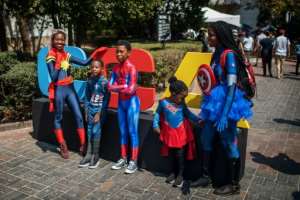 The event draws fans of all ages. By Michele Spatari (AFP)

And in 2015 Nigerian-born Roye Okupe launched the futuristic saga "E.X.O. - The Legend of Wale Williams".

"Creating South Africa's first superhero was the first leg," said Mkize. "But continuing that legacy and continuing the story and the narrative along with our readers has been the journey".