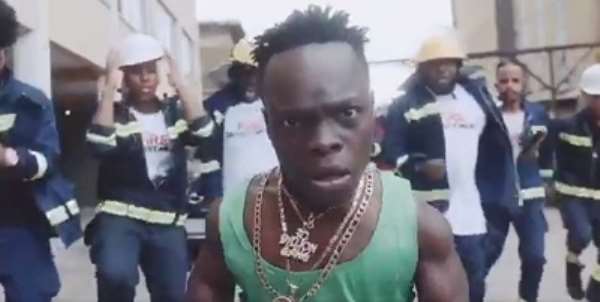 Social media sensation Shatta Bundle looks to have clocked another milestone after Nigerian musician Rudeboy of PSquare teased his latest video on Twitter.

The nine-second clip teased by Rudeboy shows Bundle being chased by firemen.

The firemen catch the diminutive braggart before proceeding to spray him with a water hose.

The video is for a song titled Audio Money.

Bundle shot to fame earlier this year after a series of video posts on Instagram where he claimed to be wealthier than Africa's richest man Aliko Dangote.