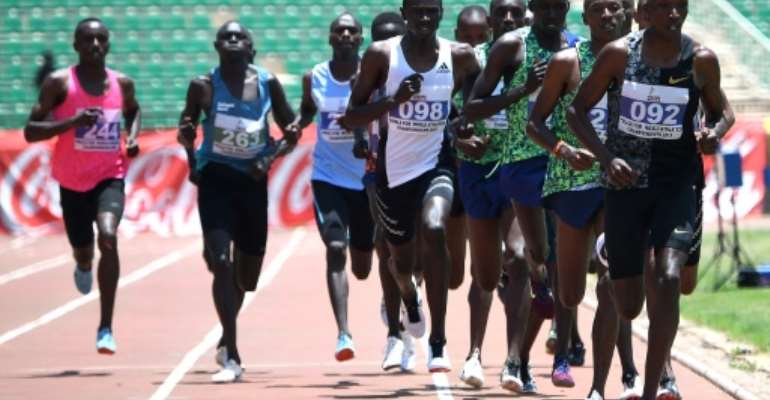 Kenya's Olympic and world 1500m champion Faith Kipyegon said she was fit and ready to defend her title in Doha after edging Winnie Chebet in the Kenyan trials on Friday.

Kipyegon made a winning return to the track after a two-year maternity break at the Prefontaine Diamond League in June, but a hamstring injury in training interrupted her racing season.

"I thank God I have managed to come back stronger after the long maternity leave, and today I am able to win my race and book a ticket to the world championship," said Kipyegon, who timed her sprint perfectly to edge the African champion Chebet in the photo-finish.

"I am completely healed from the injury and ready to defend my title in Doha, where I expect to meet strong opposition from Genzebe Dibaba of Ethiopia and Sifan Hassan of the Netherlands."

Selah Jepleting finished third in 4:05.26 and will join Kipyegon and Chebet at the world championships.

Fresh from winning the Diamond League 1,500m title, Timothy Cheruiyot controlled his race from the gun at the trials, clocking 3:34.91 ahead of Ronald Kwemoi (3:36.61). World under-18 champion George Manangoi was third in 3:37.68.

"I am gunning to win the world title in Doha to make up for the disappointment of the 2017 World championships in London where I finished second to my compatriot and training partner Elijah Manangoi," said Cheruiyot.

Elijah Manangoi did not compete in the Kenyan trials but will run in Doha and defend his title as the fourth Kenyan athlete in the men's 1,500m.