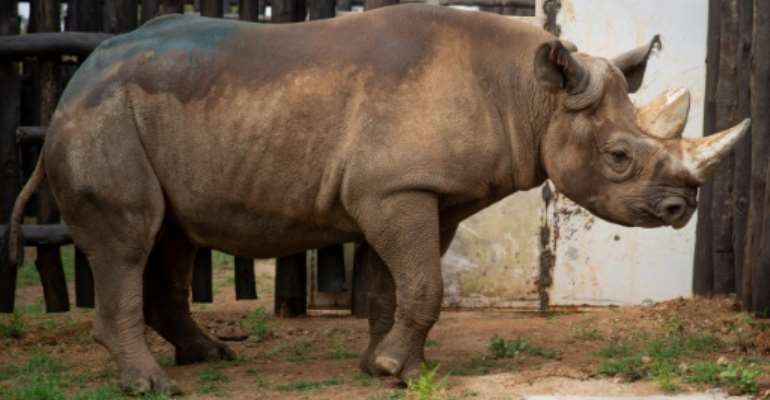 Conservation efforts have brought the black rhino population back up to around 5,000. By STRINGER (AFP/File)

Nine black rhinos from South Africa have arrived in the Serengeti as part of efforts to repopulate the park with the critically endangered species, Tanzanian authorities said Tuesday.

The animals came from Thaba Tholo, a game farm in South Africa, and arrived Tuesday morning, before being transported to the famous Serengeti, the ministry of natural resources said in a statement.

"We will do everything in our power to protect these animals," said deputy natural resources minister Constantine Kanyasu.

Once plentiful across sub-Saharan Africa, black rhino suffered first from hunting by European settlers, and later a poaching epidemic which largely wiped them out with only 2,475 recorded in 1993, according to the World Wildlife Fund.

Now, conservation efforts have brought the population back up to around 5,000.

In Tanzania, the population now stands at 167 rhino, the ministry said.