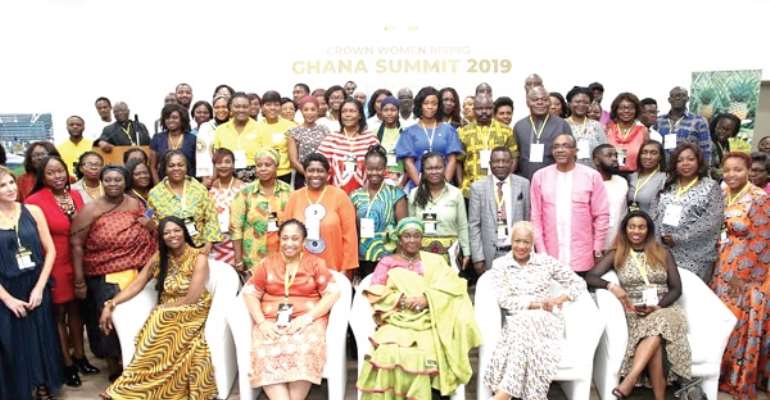 Women entrepreneurs have been called upon to take advantage of the numerous trading opportunities available in the country through which they can grow their businesses.

Some of the opportunities are the Economic Community of West African States (ECOWAS) Trade Liberalisation Scheme (ETLS), European Union (EU) Economic Partnership Agreement (EPA), the African Growth and Opportunity Act (AGOA) and the Continental Free Trade Agreement, among others.

Connecting women
The two-day summit, which was on the theme: “Women Entrepreneurs Empowered for Africa’s Prosperity: Engage, Connect and Grow,” brought together female entrepreneurs from different sectors of the economy, including textiles and beverage.

Dr Asiedu said the government had put in place a wide range of initiatives, programmes and incentives for entrepreneurs and asked women in businesses to take advantage of them.

He said the government was working to establish industrial parks in all the 16 regions of the country to help facilitate trading and called on women-lead businesses to also take advantage of those parks to market their wares.

The Chief Executive Officer (CEO) of the Ghana Export Promotion Authority (GEPA), Ms Afua Asabea Asare, said with the coming into effect of the Sustainable Development Goals (SDGs), there was no better time to focus attention on women than now.

She said over the years, female entrepreneurs had achieved substantial recognitions in their work but it was prudent to implement policies that would lead to women owning micro and small-scale enterprises.

The Deputy CEO of EXIM Bank, Nana Ama Poku, said in its quest to promote made-in-Ghana goods for both the local and international markets, the bank had instituted a monthly ‘Tuesday market’ forum which enabled female entrepreneurs to exhibit their goods to the public.

She said the bank’s five-year strategic goal, which was from 2017 to 2022, sought to transform Ghana into an export-led economy, adding that to date, the bank had supported 84 small and medium-scale enterprises to produce and process quality goods for the local and international markets.

Barriers
The Founder, CWR, Dr Emily Hadassah Soroku, said the organisation was aimed at empowering women who owned business to grow their businesses.

She said female entrepreneurs were not taking advantage of the duty free markets available under AGOA so the organisation had created a platform to support export, especially female exporters, to promote economic growth in Africa.

She called for barriers impeding women’s access to loan to be removed so that more women could equally participate in the world of business.

The Executive Director, CWR-Ghana, Nana Afua Sekyere, in an address said the organisation was a solution provider, self-mandated to assist women who were engaged in small businesses in the country.

The summit was also attended by students from the Mamfe Methodist Senior High School who won the 20th edition of World Robofest championship competition which took place in the United States of America (USA).