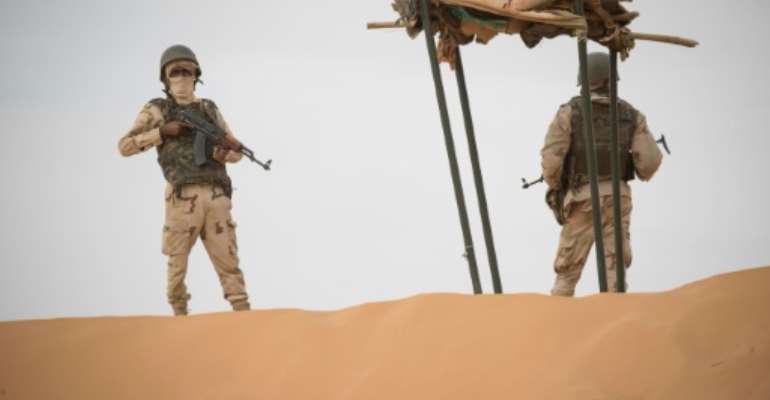 United Nations chief Antonio Guterres on Tuesday suggested the UN help fund the fight against jihadism in the Sahel, warning "we are not winning the war against terrorism" in the frail region.

"I am in favour of funding by the United Nations, with obligatory contributions for the G5 Sahel force," Guterres said in an interview with Radio France Internationale (RFI).

"I totally believe we are not winning the war against terrorism in the Sahel and that the operation should be strengthened."

Islamist rebels have launched an insurgency on the Sahara's southern rim, rocking the impoverished states of Burkina Faso, Chad, Mali and Niger.

Those countries, along with Mauritania, have teamed up in a French-backed initiative, the G5 Sahel, to mount a 5,000-man anti-terror force.

But the scheme is struggling in the face of poor equipment, training and chronic lack of funds.

Guterres said he expected countries to make "concrete proposals" to the international community during a forthcoming West African meeting in Ouagadougou.

Guterres, who made the comments on Monday on a visit to the Democratic Republic of Congo, said the "threat of terrorism has to be seen on a continental scale."

He described the DRC as a linchpin for stability, and noted the country's long struggle with an Islamist-rooted militia, the Allied Democratic Forces (ADF), in its east.

The ADF, originally from western Uganda, is connected to other African jihadists, Guterres maintained.

"In my opinion the ADF today is part of a network that starts in Libya and stretches to the Sahel, to the Lake Chad region, and which is present in Mozambique," he said.

The UN has some 16,000 troops in the DRC in its MONUSCO peacekeeping mission, one of the world's largest. Its mandate is due to expire on December 31.

"Abandoning the DRC would be suicidal, not just for the Congolese but also for the international community," Guterres warned.