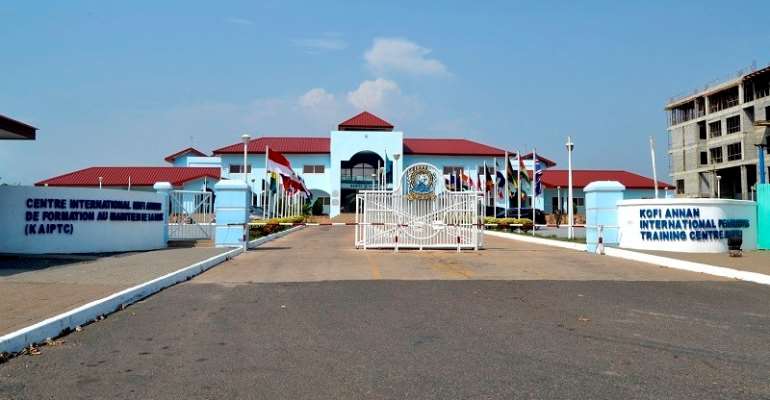 Management of Kofi Annan International Peacekeeping Training Centre (KAIPTC) has confirmed eight former African Heads of States will be attending the maiden edition of the Kofi Annan Peace and Security (KAPS) Forum to be held in memory of the Late United Nations Secretary General.

According to the Management, the KAIPTC in collaboration with the Federal Government of Germany and the Government of Norway through this forum will facilitate discussions on evolving trends on peace and security in Africa.

She noted that the KAPS Forum, which is scheduled for 4 -5 September this year in Accra, is a flagship annual event designed to bring together political leaders, diplomats and experts to dialogue and share ideas on the most critical evolving peace and security trends on the African continent.

The theme for the maiden edition is ‘Peace Operations in the Context of Violent Extremism in Africa’.

“The forum also seeks to deepen the collaboration between KAIPTC and international organizations such as the United Nations, African Union, Regional Economic Communities, Governments, development partners, civil society organizations and the business community,” the statement added.

It further noted that the forum will be held under the distinguished patronage of H.E. Nana Addo Dankwa Akufo-Addo, President of the Republic of Ghana and the Chairmanship of HE Dr. Mohamed Ibn Chambas, Special Representative of the UN Secretary-General and Head of the UN Office for West Africa and Sahel (UNOWAS).

The statement also mentioned that a key outcome of the forum will be the “Eight point message for Africa”. This is expected to be issued by the former African Presidents, and is envisaged to cover thematic and emerging issues on the continent.

The Kofi Annan Forum will bring together two hundred high-level delegates including diplomats from governmental and intergovernmental organizations (including the African Union and its Regional Economic Communities, United Nations and European Union). Security professionals and representatives from policy and research think tanks, development partners, training institutions and civil society groups have been invited and are expected to attend the forum.