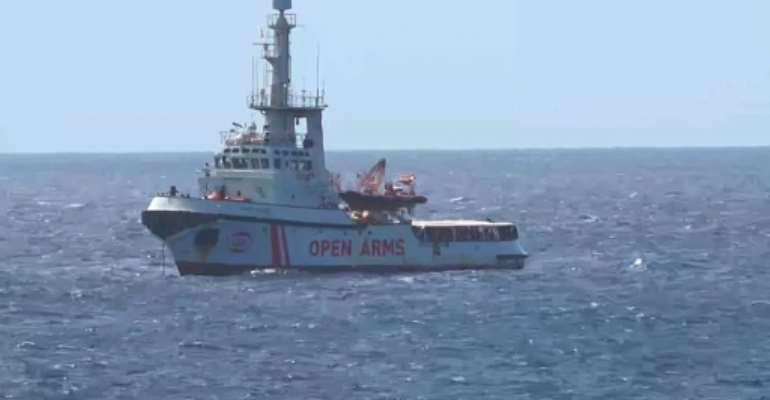 Both Italy and Malta have refused Open Arms permission to dock and unload its passengers. By - (Local Team/AFP)

Six EU countries have agreed to take some of the 147 migrants stranded on a rescue ship near the Italian island of Lampedusa, Rome announced Thursday, amid an immigration row between Italy's interior minister and premier.

"France, Germany, Romania, Portugal, Spain and Luxembourg have told me that they are ready to welcome the migrants," Prime Minister Giuseppe Conte said in an open letter to Interior Minister Matteo Salvini, who has sought to bar the Open Arms rescue vessel from entering Italian waters.

"Once again, my European counterparts are offering us a helping hand," Conte wrote, while condemning Salvini for "dishonest collaboration".

He criticised what he called Salvini's "obsessive focus" on an immigration policy reduced to the phrase "closed ports".

Salvini has taken a hard line against migrants rescued at sea being brought to Italy, which he says bears an unfair burden as the first port of call for refugees from several countries.

Responding to Conte's announcement, Salvini wrote on Facebook: "It is clear that without (my) resolve, the European Union would never have lifted a finger, leaving Italy and the Italians on their own like (previous governments) did for years."

He added: "My obsession is to fight every kind of crime, including clandestine immigration. I am a minister to defend the borders, the security, the honour, the dignity of my country."

Salvini, head of the anti-immigration League party, broke his coalition with the anti-establishment Five Star Movement (M5S) last week, hoping for a no-confidence vote that would topple the 14-month-old government.

But his gamble failed, and his abandoned partner found an unexpected ally in the opposition Democratic Party (PD). The parties voted together Tuesday against Salvini's bid for a swift vote to bring down the government in which he is also deputy prime minister.

The fate of the migrants aboard the Open Arms vessel, operated by Spanish charity Proactiva, found itself at the centre of the political crisis in Rome.

Earlier this month, Salvini signed a decree banning the Open Arms from Italian waters, saying it was to protect public order.

But Proactiva appealed to an administrative court which on Wednesday suspended the decree.

Salvini then signed a new one blocking the ship, but in a demonstration of his diminished power, Italy's defence minister blocked it on Thursday.

Elisabetta Trenta, an M5S party member with the authority to sign off on Salvini's decree, announced that she has decided not to do so.

'Humanity is investing in Africa'

"I took this decision for solid legal reasons, listening to my conscience," Trenta said in a statement.

"We must never forget that behind the polemics of the past few days, there are children and young people who suffered violence and abuse of all types. Politics must never lose sight of humanity."

Salvini retorted: "It is thanks to the supposed concept of 'humanity' that through years of Democratic (PD) government Italy has become Europe's refugee camp."

He added: "Humanity would be investing seriously in Africa, certainly not opening Italian ports."

Salvini enjoys 36 to 38 percent support among the electorate, thanks largely to his hard line against illegal immigrants.

The mainly African migrants aboard Open Arms had been plucked from boats in the Mediterranean this month with weather conditions encouraging more departures from Libya.

Both Italy and Malta have refused it permission to dock and disembark its passengers. 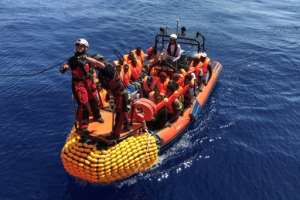 Spain had Tuesday dismissed a request from the ship's captain to take 32 minors off the Open Arms, arguing he did not have the legal authority to make an asylum request for them.

On Thursday, the NGO said on Twitter that five people had been allowed to disembark at Lampedusa "for psychological reasons", with escorts.

Another rescue ship, the Ocean Viking, operated by SOS Mediterranee and Doctors without Borders (MSF), is also looking for a port to dock with more than 350 migrants on board.