Buhari Petitioned Over Theft Of Employee Salaries In NESREA 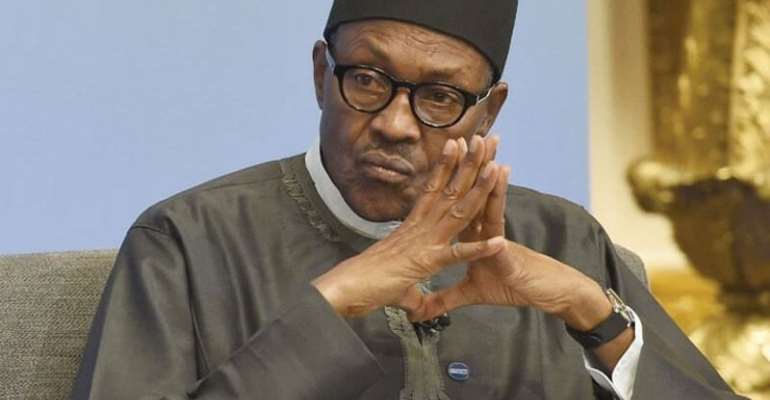 His Excellency, once again we say congratulations to you for your victory at the 2019 Nigerian general elections. We are writing to you with the highest sense of humility and respect. Equality Initiative Forum EIF and Freedom House Initiative are happy that Nigerians returned you for a second tenure to continue your good works. We know that you will not betray or disappoint us. We are also very happy with your fight against corruption so far. We are reaching you via DHL, email, media and your Twitter Handle.

Mr President, Equality Initiative Forum is an umbrella body of selected human rights groups in the Eastern and Southern part of Nigeria led by Freedom House Initiative (FHI). We are sad to note that the management of National Environmental Standards and Regulations Enforcement Agency (NESREA), a Nigerian Federal Agency under the Federal Ministry of Environment is into theft of employees salaries.

An employee works hard for his salaries, putting in many hours each month to help the agency or company to grow. An employee receives his salary monthly . This arrangement generally works well because it gives you the security you need while also giving a business the support it needs to grow.

However, Mr President, in NESREA, the agency does not honour employment agreement they have with employees. Equality Initiative have received confidential complaint from some persons on how in NESREA, persons will be newly employed and the management will owe them (newly employed) salaries for 11 months , some for one year and when they are paid, they will be paid just three months salaries and the management will decline to pay the balance threatening the employee of sack if he dares to go public. This practice has been going on for some time now.

Mr President, When a company or an agency , be it a federal agency refuses to pay a worker the money he is due, it is considered theft and anyone involved in this act of theft should be held accountable . We condemn this situation going on in NESREA in its entirety; for a situation where someone will be employed in a federal agency and he will not be paid for 11 months or one year and when paid will be paid just three months and several months of his salaries will be stolen by management is worse than slavery. Mr President, the victims have family members and loved ones to take care of.

We call on you to use your good office to prevail on the management of NESREA to put an end to theft of employees salaries and for immediate payments to be made to the victims of this situation . Mr President, You have an obligation to our countrymen and women who suffer because of a group of people who take the money that is due to workers to benefit themselves. Because of people like the management of NESREA we have less education, less access to water, and less access to health and housing. The activities of NESREA management with regards to theft of employees salaries should be put to an end .