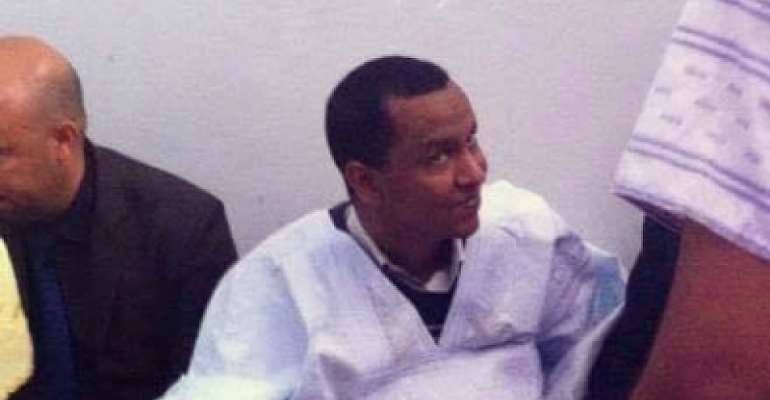 A Mauritanian blogger who was freed after spending more than five years in jail under inhumane conditions, even after his sentence was served, has arrived in an unspecified European country, according to human rights group Amnesty International.

Mkheitir was originally sentenced to death for blasphemy in December 2014 after he wrote a blog concerning slavery, as well as decisions made by the Prophet Mohammed and his associates during holy wars that occurred in the seventh century.

However, the blogger repented after he was handed down the sentence, and an appeals court changed the charge to a two-year term in November 2017, which angered many in the Muslim nation.

Although this downgraded sentence meant he had already served his time, he continued to be incarcerated, as human rights groups called for his release.

He left prison on 29 July and immediately left the country.

Relatives of Mkheitir said his parents are in France, leaving Mauritania in 2016 after fearing for their lives. The French Foreign Ministry would not comment whether the blogger was coming to France to live with them.

"So much has changed over the past five years and I am still adjusting to life outside of prison. Now I am free, my hope is to resume my education and return to school," said Mkheitir.

Calls for Mauritanian law to be changed Amnesty called on Mauritania's new president Mohamed Ould Cheikh El Ghazouani to change the law on blasphemy and slavery.

“No one should be arbitrarily detained and charged, let alone sentenced to death simply for peacefully exercising their right to freedom of expression," he added.

Amnesty continues to call for El Ghazouani to protect human rights defenders and end slavery, which was abolished in 1981, but the practice still continues.