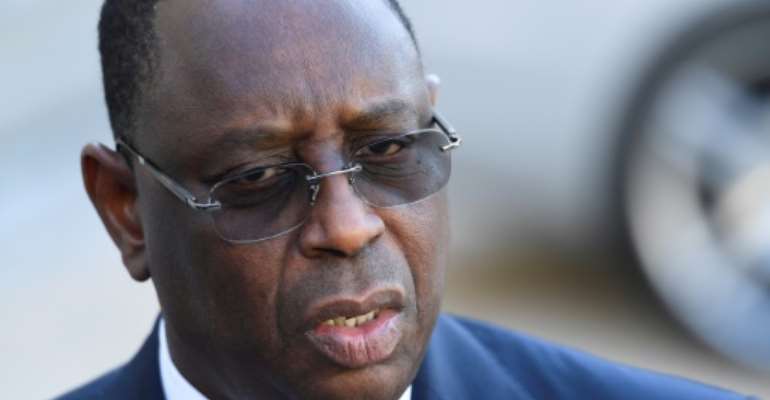 A government critic and former journalist was charged on Wednesday with "offending the head of state" in a series of Facebook posts targeting President Macky Sall, his lawyer said.

Adama Gaye has also been charged with "manoeuvres and acts that might compromise public security" and will be held in the capital Dakar's Rebeuss prison, his lawyer Cheikh Khouraissy Ba told AFP.

Gaye describes himself as an activist for "justice, transparency and progress" and has written numerous articles accusing the government of mismanagement, particularly in the oil and gas sector which is set for major expansion in the coming years.

However in recent weeks he has posted several strident Facebook posts about the private life of the president and those around him.

Gaye was brought in for questioning on Monday evening by Dakar's criminal investigation division for "putting out stories contrary to good morals" as well as offending the president.

During a brief telephone interview with AFP on Tuesday, Gaye described himself as a "prisoner of conscience".

He said he was "a political detainee held for his writing about exact facts, questions that are vital for the national sovereignty of Senegal, particularly the management of hydro-carbon resources."

He was referring to his articles and posts about a scandal over oil and gas contracts that has shaken the political establishment since a BBC report on the subject was broadcast in early June.

The report investigated the awarding of off-shore prospecting and exploitation rights to Petro-Tim, part of the Timis Corporation, in 2012 -- just after Sall took office.

Not long after, the president's brother Aliou Sall was hired by Timis, which is run by Australian-Romanian businessman Frank Timis.

In the aftermath of the report airing, Aliou Sall resigned at the end of June as the head of a state-run savings fund while denying any conflict of interest.

Senegal is known for its largely peaceful democratic traditions and freedom of the press.

The West African nation ranks 49th out of 180 countries on Reporters Without Borders' World Press Freedom Index, which notes that "abuses against journalists have been relatively infrequent" in recent years, however "some subjects continue to be off limits".