What Informs Our Thinking? The Fault Lines Of Ethnocentrism 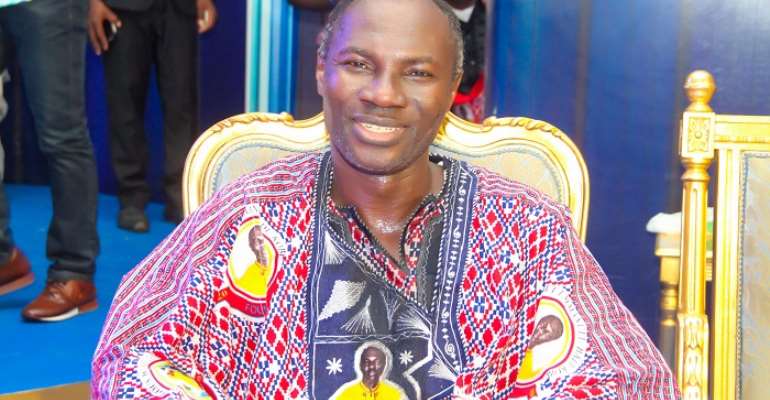 In a viral video in which a Ghanaian preacher, Prophet Emmanuel Badu Kobi, is heard advising men in his congregation to desist from marrying from certain tribes since per his research, they are foolish, dormant and inherently money conscious and unmarriageable.

“Fanti women are foolish sometimes and Ewes too are doormats. But for Ashanti women no!... If you marry Ashanti lady, you have imported problem for yourself forever. I have done research and it is so and I’ll never marry an Ashanti woman…” Prophet Badu Kobi told his church members.

I come from a family where my parents sternly cautioned us against profiling people. It was an unspeakable taboo in my family to laugh at a physically challenged person. We were told many stories about children who were punished for labelling others. Also, as Zongo residents, appreciating ethnic heterogeneity was a default blessing. Maamobi qualified as a microscopic view of Ghana. It was almost as if all the ethnic groups in Ghana were represented in the community. Until the beginning of the 21st century, all the major ethnic groups had their headsmen and chiefs.

The ethnic and religious plurality of Maamobi was a blessing. As children, we learned from experience that no human being needs to beg for his or her humanity. Our humanity is axiomatic. We belong to the same biological bracket. We share the same ascribed identity. The point of difference is achieved identity. Incidentally, we are our ascribed identity as opposed to our achieved identity. We enter into the world with a given identity and will exit with the same identity. We are who we are, not what we do. Shared challenges bind us together.

Even so, the greatest challenge of our world is how to love the 'unlike'. How do we love someone whose religion, ethnicity, and political affiliations are different from ours? Throughout the ages, the issue of difference has shaped and fired the human imagination for violence and war. The Germans thought they were better than everyone else and so, under the leadership of Hitler, went on a killing spree. The Europeans in general thought they had a superior gene and went about destroying other civilizations on the pretext of pursuing a civilising mission.

The Asante embarked on wars of territorial expansion and colonised other groups. Buganda unleashed their might on the Bunyoro. The world became a hive and melting pot of violence. In the nineteenth century, racism was socially constructed to rationalize western cultural imperialism and economic exploitation of the rest of the world.

Undoubtedly, racism has lost its constructed myth as a biological fact. Today, we have cultural imperialism as the replacement of racism. The idea that a group of people are genetically inferior to others has been replaced with cultural relativism. Cultural relativism has fed ethnocentrism.

The German will think of himself better than the !Kung basd culture, rather than genetics. It appears cultural relativism is more pernicious than racism (of course both are evil).

While at the University of Cape Coast (UCC), I had an Asante roommate who had imbibed years of indoctrination that Ewe people are half human beings. He swore to himself that he would never marry an Ewe woman. I also met an Ewe man, who had made a vow that he would never marry an Asante woman. About a month ago, l met another Ewe young lady who had prayed to God to keep her against a Fante man.

Just when l was completing my undergraduate studies, l had plans of going to anywhere in Northern Ghana to undertake my mandatory national service. I had hoped that l would remain there for some years and marry from there. Unfortunately, the UCC decided to retain me as a teaching assistant. I protested in vain since l was registered with my department before l wrote my final examination.

Just when l was registering for my national service with the state, l met a beautiful lady from the Upper East Region. I said to myself: 'Powers that be, let it be.' Sadly, it did not work. A few years later, as if by divine orchestration, my oldest brother married a lady from the very ethnic group from the North l had hoped to get a wife.

Ethnocentrism creates tension and unnecessary suspicion. Sometimes, historical episodes of life are invoked to enforce ethnocentrism. Much as Europeans racialised ethnicity, most Africans have taken that negative legacy aspect of colonialism to its (il)logical end. The genocide in Rwanda in 1994, for example, was as a result of a spillover of European racialisation of ethnicity. The sharpness of ethnicity in Kenya has an aspect of European ethnicising Africa. Unfortunately, we Africans bought into the define and rule tactics of Europeans by destroying ourselves.

Life is great because of diversity. Even in the Triune God, there is diversity. Diversity, not on a vertical scale, as it is on a horizontal scale. If we are mindful enough, we could mobilise our ethnic plurality to build Ghana and Africa. Each ethnic group has something unique to share. We should be humble to descend from our mountain of a superiority complex to understand that we all belong to one human family.

Ethnocentrism is a blot on our conscience. Let us say no to it. Whenever we are tempted to profile and lump a certain group as evil, let us remember that there is always an exception. Let us know that we are all broken in one way or the other. Whether monogenesis or polygenesis, we are humans. Say no to ethnocentrism.