With All Due Respect: Angry Ghana, Despair And Arrogance

By Oli A Rahman 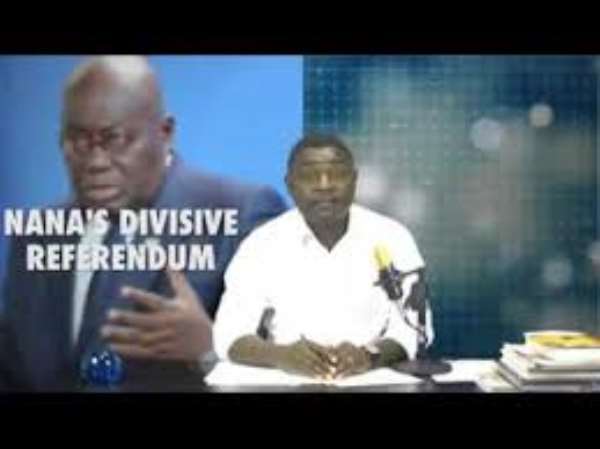 Let me on this very first line express my debt to young Mr. Kevin Ekow Baidoo Taylor before I sleepwalk embarrassingly into the plagiarism canker that is becoming the hallmark of executive incompetence in Ghana.

And wow! The young man does say it with passion! Reminds one of the late Professor PAV Ansah who would announce in his column in the Ghanaian Chronicle that he would be going to town!

The late Professor was not taken lightly, young Mr. Taylor should as well not be trivialised. I do not take him for granted at all. It was not for our entertainment that PAV Ansah was writing nor is Kevin Ekow Baidoo Taylor blogging for our entertainment. His “With All Due Respect” has become as compelling in Ghana’s contemporary politics as PAV Ansah’s column in the Ghanaian Chronicle was a decade or so ago. Whereas PAV thundered his angst magisterially, Kevin’s is a wail, approaching a dirge…sometimes painful to listen to, sometimes simply mesmerising.

You may or you may not like or agree with him but you cannot fail to take note of his acute frustration, disappointment, feeling of betrayal and despair at what his country has turned into from the hands of his party. It makes him angry, very angry to see the mess his generation is being dragged into by what he describes as an unfeeling impotent old man! He points his finger directly at the source/cause of his anger, Nana Akufo-Addo, just as PAV was unsparing in his weekly columns pointing his finger at whoever deserved to be pointed at...

Nana Addo-Danquah Akufo-Addo was billed, and he played along with it, by his promoters as a nonpareil, but the young man, like many others have seen through the deception and like someone looking for an escape, is exposing layer after layer of the counterfeiting to put the record straight and set himself free! By the way, he never fails to emphasize that he is a card holding member of the NPP.

There is anger in the land: The anger of despair and the anger brought about by arrogance. The anger of despair finds expression in the likes of Kevin Taylor’s “With All Due Respect” and the anger brought on by arrogance is triggered, for example in actions of impunity that led to the violence in the Ayawaso West Wuogan bye-election and the effusions of the Kade MP, who says he is above the law because he is a parliamentarian!

In an exercise of self-help psychoanalysis, I have diagnosed myself as succumbing to the psychosis fuelled by the anger of despair and compounded by the anger brought on by the arrogance of those instigating the despair in the first place!

Do I dare transpose this on the country? There may be a case: Kevin Ekow Taylor. His wail is plain for all to see. It is almost an expiation for the way former President Mahama was treated by those who wanted him out in favour of Nana Addo. John Mahama, a good man, not a perfect man, was at the pinnacle of his efforts to transform Ghana, but due to what Kevin Taylor describes as tribalism, pettiness and vindictiveness, he was brought down by those who wanted “one of our own” to be in power. Here, Kevin Taylor is saying, you have your Nana Addo and look at what is happening to our country…

Nigerian politician and journalist, Dele Momodu, long before Mr. Taylor’s appearance on the scene was prescient enough to lament:

“I don’t hide the fact that I love Mahama. A perfect gentleman, charismatic, very confident, forward looking, visionary. He is doing a great job…People who want to abuse him can do so; they have been doing so…It has not stopped him from building hospitals, it has not stopped him from building roads, it has not stopped him from building a first class international airport in Accra, it has not stopped his housing project, it has not stopped his water project, he is doing rural electrification, he is doing rural health care delivery, he is building libraries everywhere. It is incredible, some people run Kwame Nkrumah out of this town, the man we call the father of the nation today…Why? Go and read his story, you will cry! That is what we must prevent. When we see a man who is doing great, let us encourage him to do more; we cannot ruin all our leaders with politics. It is wrong! I have had an opportunity and privilege to sit down and interview President Mahama at length. I put all the questions that you cannot imagine anybody can ask him frontally. You would think we were quarrelling, I said people say you are a thief, you are just stealing their money, he responded,.. The man is so confident about what he is doing…When you read that interview some people would have to beg God for forgiveness, that, why are we maligning a good character…”

From the insistence on driving a wedge between the religions with a so called national cathedral, to the dismissal of an awesome Chairperson of the Electoral Commission replaced with a crass partisan, to the attacks on media freedom and independence, to the totally nugatory nepotistic attempt to rename our premier university after an uncle, to abrogating national and continental holidays that unite us, to the even more damning refusal to make use of Mahama era development projects like schools and clinics, the whole nation is living a big lie! Kevin Taylor’s tone, to me, is that, we cannot allow what is looking like a fraud to continue breaking our country apart into permanent fragments where once we were whole – Ghana the Star of Africa. Amidst all the pompous, arrogant, bombastic and “Fuhrer Prinzip” posturing being paraded after Election’16, the young man has noticed that the emperor has no clothes on and is courageously and loudly sounding the alarm to his compatriots that the Nana Akufo-Addo team fits the proverbial wolves in sheep clothing and Ghanaians must wake up to the threat and meet the challenge.

More Commentary
ModernGhana Links
Three keyways the latest Budget Speech impacts healthcare in SA
Georgia’s Raphael Warnock and the New Black Capital of America
The Tragedy Of Love; Recounting The Story Of A Friend Killing The Girlfriend And Committing Suicide In Cape Coast
Virtual Football Match: PDS FC Versus Agyapa United
Black lives and mass protest: Why we need a new approach
Covid-19: The Entrepreneurs’ Dilemma, The Employees Discomfort And The Hard Lessons For The African And The Africa Entrepreneurial Ecosystem
Africa is already a role model for gender diversity
What Can We Expect? 2020 Cyber Predictions
Yes Or No…
TOP STORIES