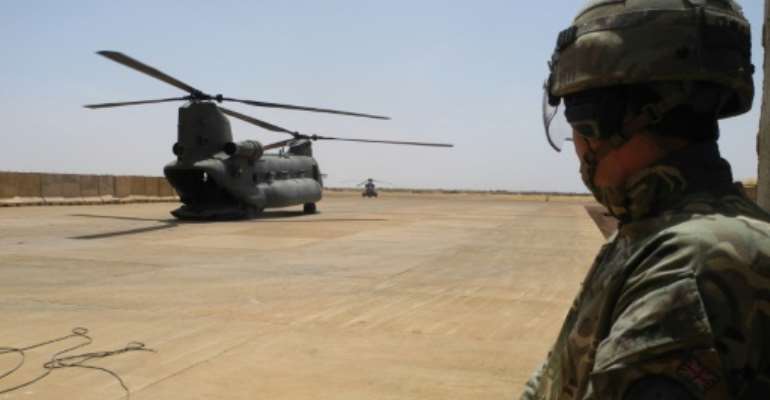 France has praised the RAF Chinooks for their ability to fly troops and equipment to frontline positions, avoiding Mali's perilous roads. By DaphnÃ© BENOIT (AFP)

Britain will extend its involvement in France's security mission in Mali and neighbouring countries by at least six more months, until June 2020, the defence ministry said Tuesday.

Britain has been supporting French forces with three Chinook heavy-lift helicopters and 100 security personnel since July 2018.

Since French troops helped force out jihadists in 2013, parts of northern Mali remain out of control of security forces and violence has spread to other areas of country.

"It is right that we extend our commitment to the counter-terror operation in Mali, Burkina Faso and Niger," Defence Secretary Penny Mordaunt said in a statement.

"By providing essential support to our French partners our Armed Forces are helping to build stability and deny terrorists a haven from which to plan attacks."

Around 20 European nations have a military presence in the west African region.

Some are involved in a UN peacekeeping force, known as MINUSMA.

France has deployed 4,500 troops in Mali, Burkina Faso, Niger and Chad in a mission codenamed Barkhane to help local forces roll back jihadists.