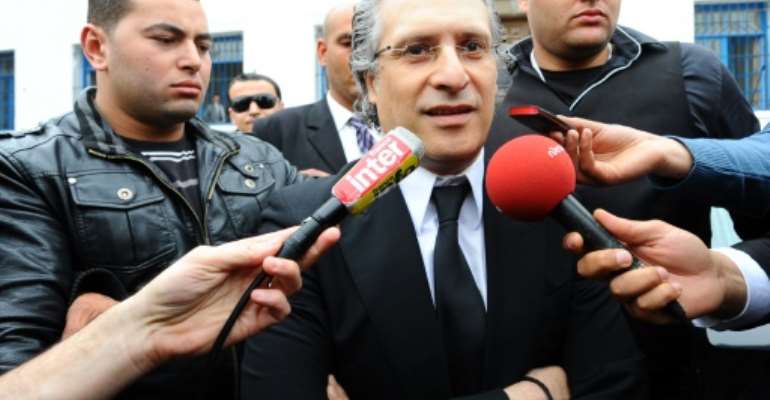 Tunisian media magnate and would-be presidential candidate Nabil Karoui has been charged with money laundering, had his assets frozen and slapped with a travel ban, a judicial source said Monday.

Karoui and his brother, Ghazi Karoui, have been under investigation since 2017 after anti-corruption watchdog I-Watch submitted a dossier accusing him of tax fraud, said Sofiene Sliti, spokesman for the judiciary department for financial cases.

"After an inquiry into the complaint filed by I-Watch and having summoned and heard the two men... the judge decided 10 days ago to charge Nabil Karoui and Ghazi Karoui with money laundering," he told AFP.

The judge also decided to freeze their assets and ban them from travelling abroad.

The brothers in 2002 launched Karoui & Karoui, an international media and advertising company.

Nabil Karoui was an active supporter of President Beji Caid Essebsi's election in 2014 but has become a fierce opponent of Prime Minister Youssef Chahed.

In May, Karoui, who has also founded a major private television channel, Nessma, said he would run for the presidency in November polls to succeed Essebsi.

But amendments to the electoral law passed the following month would rule out his candidacy.