SSNIT no longer responsible for lump-sum payments from 2020 - Minister 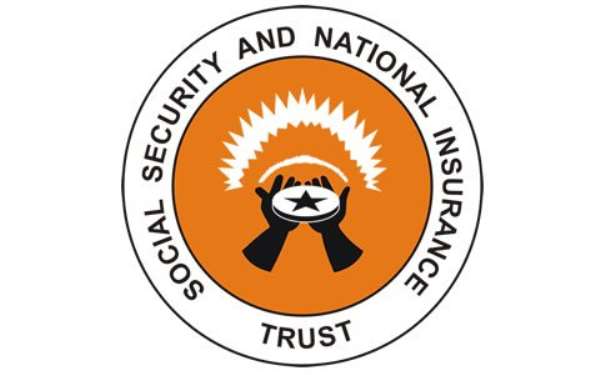 Mr Baffour Awuah who announced this indicated that the move is in fulfillment of the 10-year payment date spelt out in the laws establishing the three-tier pension scheme, Citibusiness has reported.

According to him, the exercise should improve access to funds to improve the welfare of pensioners who have mostly complained of the meager claims received from the state pensions manager.

He made the remarks in an interview on the sidelines of a roundtable discussion on Ghana’s pension scheme organized by the Institute for Fiscal Studies, IFS on Tuesday [June 2, 2019].

“Upon the retirement of any individual, the scheme that person belongs to will pay the entitlement due the person. There are going to be two payments; SSNIT will continue to do the monthly payments but then the bulk payments will come from the defined scheme the person belongs to. So assuming I belong to hedge pension, it is the trustees of hedge pension that will ensure I get my defined pension because by that time I will even have foreknowledge of what I have contributed so far and the interest it has accrued,” he explained.

The first is a mandatory contribution paid to the state pension funds manager, the Social Security and National Insurance Trust.

The second tier is also a mandatory contribution which is paid to a private fund manager.

While the third is a voluntary contribution paid and managed by private managers.

The voluntary nature of the third tier has made it difficult to attract majority of workers in the informal sector.

Arguments to include allowances in pensionable salaries

The state pension funds manager has been criticized for the seeming meager entitlements of majority of pensioners.

This has also been partly blamed on the generally low level of salaries in Ghana.

A former CEO of the National Pensions Regulatory Authority (NPRA), Daniel Aidoo Mensah, is convinced that the situation could be improved if some allowances are included in the pensionable salaries.

But in response, the Director General of SSNIT, Dr. John Ofori Tenkorang, stressed that the decision will have to be agreed on by both employers and employees so interested.

“These conversations have to be had and the engagement has to be done, because ironically employees because they have to pay 5.5%, they will connive with their employers because they don’t want to pay; they want it now,” he remarked.

The SSNIT boss added: “If you tell them they have to pay on their allowances they may hesitate to pay on that. Then you go to the employer who has to match 13% and they try and get away by paying over the table.”

Meanwhile the Director of Planning and Research at the NPRA, Ernest Amartey-Vondee said the shift should improve the welfare of SSNIT contributors eventually.

Story by Ghana | Myjoyonline.com with additional files from Citibusinessnews.com