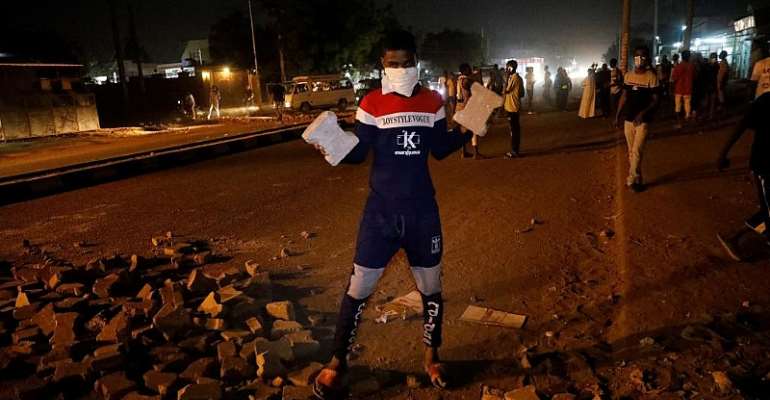 Sudan's protesters vow to organise massive nation-wide demonstration after the transitional military government rejected a proposal for power-sharing with the opposition.

The move follows the acceptance by Babiker Faisal, one of the movements leaders, of a proposal put forward by an Ethiopian envoy over the weekend.

However, on Monday, the deputy head of the Transitional Military Council (TMC), Lieutenant General Mohammed Hamdan Dagalo, better known as Hemedti, said the mission of the Ethiopian envoy, Mahmoud Diri was limited to preparing the parties for negotiations. "We did not agree on shares in the sovereign council. We do not accept prescriptions," he said.

The  general is also the leader of the paramilitary Rapid Support Forces, the RSF, which led a violent campaign against insurgents in Darfur.

The RSF is largely blamed for the crackdown on the main protest sit-in on June 3rd when forces stormed the area just outside military headquarters in Khartoum killing over 120 by some estimates even though the health ministry put that number closer to 30.

Main details of the proposal
The proposal was not very long, but in essence, it was “exactly what they rejected the day they crushed the sit-in” says Magdi El Gizouli, a Sudan researcher at the Rift Valley Institute and manages the Still Sudan blog.

The main points of contention of the proposal include:

Military response
The TMC was not happy with this as the deputy chairman, Hemedti, said they want a 50 percent share in parliament.

They also seem to be increasingly hostile to external help in finding a solution to the crisis, namely the Ethiopians in this context.

“If they have a razor, they can shave their own beards” was one expression stated by Hemedti says Isra Bashir, a Sudanese activist currently living outside the country. An expression that essentially means the Ethiopians should focus on their own issues.

But El Gizouli sees why the TMC were set to reject this proposal and even criticize it. It's the same reason that led them to crush the sit-in on June 3rd.

“Because they were not happy with the terms of negotiations. They needed to break this main trump card in the hands of the opposition which was this sit-in. This was the main negotiating card, they needed to take it out, they thought through this, they could enforce new conditions” explains the Sudan researcher.

But instead the protest have continued. Despite the crackdown and despite the on-going internet blackout, even though a Sudanese court has ordered the TMC to end the blockade.

Protesters vow to regroup June 30
Although the protesters have been weakened, they haven't disappeared. If anything they're proving a force to be reckoned with in the face of the military.

“They might not have exactly the same sway they had, but they proved very tenacious. And if you look at the recent waves of protest in Khartoum, after the breakup of the sit-in, there was an expectation that his entire movement would be completely demoralized and lost. However you see at [the]neighbourhood level and [at] some provincial [areas] activity is still there. They [the military] may not be very conscious of it but there is an ongoing protest” says El Gizouli.

And with that, the protesters are set to unleash their largest nation-wide demonstration this Sunday, June 30th, the date that also marks the anniversary in 1989 when former president Omar Al Bashir came to power through a coup.

“This is basically the next step now” explains Bashir. “The people are trying to organise a huge protest, a peaceful protest. And that's how it's been throughout this process that started off in December. Everything is completely peaceful by the protesters and the people of Sudan.”

She adds that this protest carries with it a higher degree of fear given the crackdown from earlier this month.

“Since the atrocities that have been committed a couple of weeks ago, that's what we're scared of. More people dying . . . so this is what we want the world to know. This is going to happen on the 30th of june in Sudan. Just so the Military Council and the Janjaweed militias don't try and do what they did the last time. This is our only hope.”

But not everyone from the opposition supports this move.

Sadek al-Mahdi, who heads the Umma party criticized the protesters.

"Our opinion is to avoid escalatory measures from either side," said Mahdi during a press conference at his party headquarters in Omdurman on Wednesday.