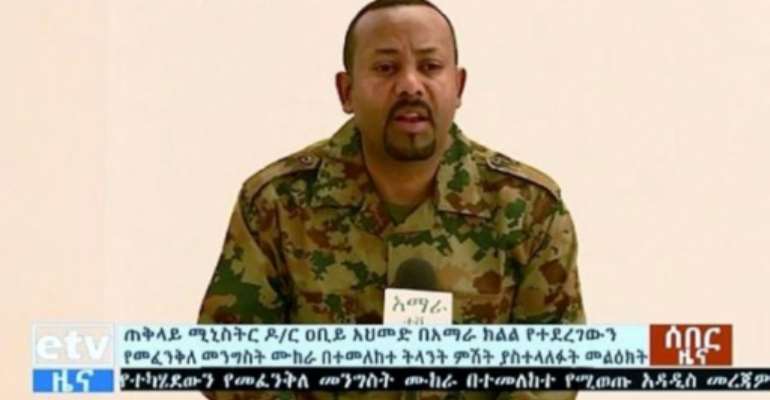 Ethiopia held a day of mourning Monday, reeling from the murder of the army chief and the leader of Amhara state in two attacks believed linked to a coup bid in the northern region.

Flags in the capital Addis Ababa flew at half mast after a day of mourning was announced on state television.

"All of us will remember the people who lost their lives for our togetherness and unity," a television announcer said, reading a statement from parliament speaker Tagesse Chafo.

"It is a sad day for the whole nation. We have lost people who were patriotic. They are martyrs of peace."

On Saturday afternoon, the president of Amhara, the second-largest of Ethiopia's nine autonomous states, was in a meeting with top officials when a "hit squad" attacked, Prime Minister Abiy Ahmed's office said.

Amhara president Ambachew Mekonnen as well as his adviser were killed, while the state's attorney general was seriously wounded.

Abiy took to national television dressed in military fatigues and described the situation in Amhara as an attempted coup.

A few hours after the attack in Amhara, army chief of staff Seare Mekonnen was shot dead in his Addis Abeba home by his bodyguard, in what the government said appeared to be "a co-ordinated attack".

Amhara, in the northern highlands, is home to the ethnic group by the same name, and the birthplace of many of its emperors as well as the national language Amharic.

The Amhara are the second-largest ethnic grouping after the Oromo, and both spearheaded two years of anti-government protests which led to the resignation of former prime minister Hailemariam Desalegn.

Abiy, an Oromo, took power in April 2018 and has been lauded for a string of efforts to reform a nation which has known only the authoritarian rule of emperors and strongmen.

He has embarked on economic reforms, allowed dissident groups back into the country, sought to crack down on rights abuses and arrested dozens of top military officials.

However his efforts have unleashed deadly clashes, with ethnic tensions bubbling to the surface, and the displacement of hundreds of thousands.

Analysts attribute this violence to the releasing of the iron grip of government, stirring bitter rivalries in local politics and prompting a jockeying for power and positions.