From The North-K Girl: The Journey To Maternity 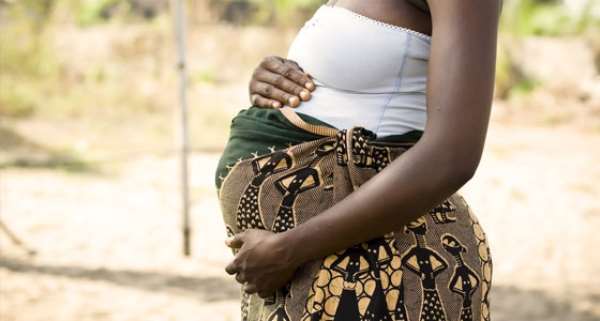 It’s sad how we question couples on when they will conceive. We all know the drama attached to our modernized marriages. After the beautiful wedding comes the never-ending drama of interesting expectation of childbirth. Some couples are fortunate to have children not too long after the wedding. Others too, it becomes a marathon. The womb is what differentiate the ladies from the male. This simply means we are able to deliver a life. I want to share some experiences with you.

I know a soldier whose wife has yearning for a child for seven years now. He is 39 and is always on a mission. He has low sperm function and is unable to make babies due to his health condition. He believes that not everyone is meant to have kids although he grieves about it in his quiet moments. His family thinks the wife is the problem but he and his wife have decided not to disclose the truth to anyone.

Meet Mr. and Mrs. Johnson. Mr. Johnson is fun, loving and likes to be in the company of like-minded individuals. His wife is a mess now and he can’t stand her emotions any longer. She has postpartum depression and is always crying, shouting at someone or saying outrageous things. Now, he would rather hang out with his friends and get home pretty late than deal with his overly emotionally sensitive wife.

Awudu and Amina have been married for nine years and have a child who is seven years old. Awudu wants a second child and is blaming a contraceptive Amina started using for their conception challenges. Amina is under a lot of stress as she’s been in school for long time getting a degree in law and finally being called to the bar. Her success at her career is not fulfilling as she feels disappointed in her inability to conceive again.

Huseina is a breastfeeding mother and a personal assistant to her boss. She’s expected to be at work at 11am and close at 8pm. She recently resumed from her maternity leave and is expected to work like she used to. She only leaves after her boss meets with all the workers. In this private institution, there’s no early closing policy for breastfeeding mothers. Now her husband is mad at her but she doesn’t want to lose her job.

It’s sad how all these happen around us. Like the soldier’s family we’re quick to bash the lady for not conceiving forgetting that two is needed to give birth. Fingers are pointed for strange reasons that giving birth is only done by the lady. It’s even sad because we do this not politely and it’s heart breaking because it mostly comes from our loved ones. Mr. Johnson doesn’t know what post-partum depression is not just him but most people. Post-partum depression is a complex mix of physical, emotional, and behavioral changes that happens in a woman after giving birth. It’s not easy but as a husband understanding this will go a long way to help both mother and child. Marriage they say is mutual agreement between the spouses who become a husband and wife. Yes, marriage sometimes becomes bitter because we mostly want to agree on an issue but we face some tough challenge.

Awudu and his wife are finding difficulties conceiving another baby after years. The question here is are contraceptives healthy or unhealthy? Health wise it’s advisable to give the baby at least 6 months exclusive breast feeding. The three months maternity leave isn’t helpful. This simply means Huseina’s office haven’t made provision for women who deliver. Her productivity will thus fall since she’s going through a lot. Its high time policy for getting a day care center for mothers who resume work is implemented. One doesn’t need a big place or huge money to set up this daycare center. An empty office can be cleaned up, furnished with colorful decorations and toys. With the help of a nanny Huseina or anyone in her situation can work productively.

In conclusion, we must stop the habit of questioning married couples on when they will conceive. You don’t know what they’re going through. If you can’t help them conceive don’t criticize them.

Sidikatu Yakubu
NB: The Writer is a Student of University of Ghana and also a Member of Success Book Club.