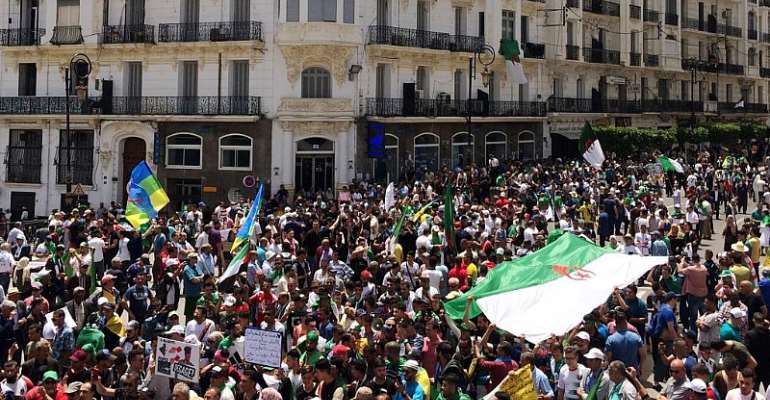 Protesters in Algiers on Friday continued to push for all officials with links to former president Abdelaziz Bouteflika to be kicked out, even after two former prime ministers were arrested.

"Thieves, you have pillaged the country," chanted crowds of protesters in Algiers.

Algerians began protesting in February, calling for an ailing Bouteflika to step down after he announced he would be running for a fifth term in office. Pressure from protesters resulted in his resignation on 2 April, with help from army chief General Ahmed Gaid Salah who demanded impeachment proceedings.

Although Gaid Salah has positioned himself as a key player, protesters have been calling for his ouster as well.

They believe that interim president Abdelkader Bensalah and his prime minister, Noureddine Bedoui, are tainted by Boutaflika and want them to step down as well.

Others in the crowd drew attention to the 18th anniversary of the “Black Spring” riots of 2001, which touched off after a high school student died in police custody in the Berber Kabylie region.

The largest Berber population live in the Kabylie region and have been marginalized for years in Algeria.