Ghanaians Angry With NPP And NDC 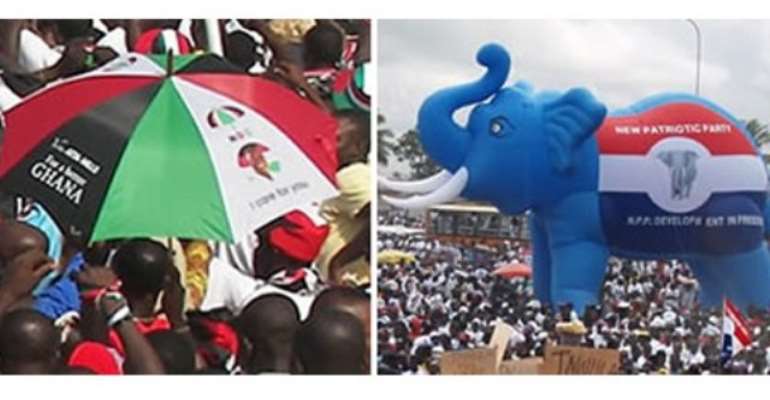 Today, exactly 40 years ago in our nation, news broke of a failed coup by Junior Rank Officers of the Military. The key personality involved had been a member of a secret group called Free Africa Movement (FAM); they had set 1984 as the year to implement a series of coups on the African continent to liberate the continent from the hands of corrupt leadership and work for the unification of the continent. FAM was codenamed (FAR), Federal African Republic which was not known to Senior officers. The other members of FAM invariably intervened to release their colleague Junior Rank, Flt. Lt. JJ Rawlings from death by firing squad on June 4, 1979, when it became obvious that the military marshal trial was bound to convict him to death. 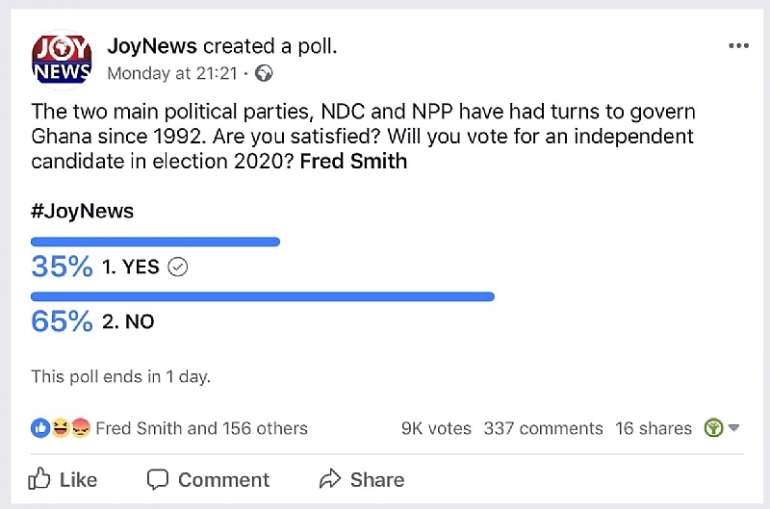 Fellow countrymen, on this day, 15th May, may we be reminded of the continual vision of Government of National Unity (GONU) that has never been defeated; a GONU which destiny has that it should emanate from Ghana for the wellbeing and unification of good governance on the African continent. Nkrumah had this vision but defined it wrongly with his One Party State Political system. The Supreme Military Council 1 (SMC I) led by Col I.K. Acheampong that overthrew the short lived 2nd Republic Government of Dr. Busia, also defined GONU as UNIGOV but had it wrong via the active participation of the military and the police in politics and especially by doing away with Political Parties.

The 3rd Republic Government established in 1979 and led by Dr. Hilla Limann was again overthrown by Flt.Lt. J.J. Rawlings on 31st December 1981 in a bloodless coup. This was an illegal and condemnable coup by every standard, especially in the light of house cleaning exercise embarked on by the Armed Forces Revolutionary Council (AFRC) which saw the killing of three former Heads of State. The 1981 Coup offered Ghana the right opportunity like what President Paul Kagame of Rwanda has offered to his people. The period however saw one of the worst human abuse regimes in Ghana and a culture of silence.

There was international and local pressures on the government of Ghana to participate in a democratic governance in 1992. Ghana opted for Multiparty democracy for the 4th Republic but still maintained the continual vision of GONU through the sustenance of an Independent Presidential System as the positive alternative to multiparty system.

Today, the twenty-seven years of multiparty democracy through the alternate changing of governments by the NDC and NPP have not helped Ghana to attain her glorious heights. As a matter of fact, the situation today is much worse than 1979. Comparatively, corruption in 1979 was in its minutest stage with what was called “Kalabule” and one of the most notorious morale decadences of the time, “buttocks for Golf”. Currently, the political sham, plain lies, state looting, dubious and inflated contracts, joblessness, Banking and SEC sham and pile of debts on the next generation are fertile grounds that would have justified coup in Ghana now in 2019 more than it was in 1979.

Ghanaians are highly disappointed in NPP and NDC and have come to the realisation of the hard truth that unless NPP and NDC are voted out, Ghana can hardly achieve anything for the next generation. Ghanaians have vowed never to be taken as fools in the 2020 elections by the NDC and NPP. The country is highly polarised by the ineptitude of the duopoly of NPP and NDC for good governance and nation building.

Former President Rawlings, one of the founding fathers of the 4th Republic and the greatest beneficiary of the generation, intimated that multiparty democracy has failed the nation in not being able to contain corruption. The widespread corruption through political economy, greed, destruction of legitimate businesses and voodoo economic performances that are only felt in space and not in the pockets of Ghanaians are least obvious failures to see and identify.

We cannot hold our hands in despair nor do we call for coup from those whose orientations are at the barrel of guns. Nor have we missed the providential way of GONU through the Independent Presidential System. We are more poised and convinced that nature and providence has nurtured us to enlighten our minds for the right structure of GONU.

Unless we have the right political structure, the development strategy can hardly be achieved.

The unwritten code of good governance by the developed democracies understand that whereas the government is the main contractor elected by the shareholders/citizens to undertake the development project of the country, the opposition parties become defacto consultants forming an integral part of the project team. They possess undeniable responsibility of checking and ensuring that the contractor does the good job for the wellbeing of the country. But what do we witness about NPP and NDC? It is about who can lie and develop sophisticated looting strategy and deceptively capitalise on the vindictive nature of Ghanaians to give false hope of putting each other behind bars.

The Independent Presidential System since 2010 is the metamorphosed FAM that has been working to take power in 2020. The membership is not by secret members in the military only. But membership is made of all Ghanaians United with a Liberty Mindset to put the interest of Ghana first and to fight for the Economic Freedom for Ghanaians and by extension Africa.

The youth, student groups, market women, Religious and faith based communities, Traditional Leaders, business leaders, professional bodies, CSOs, Civil and public servants, Trades Unions, Drivers, nurses and health workers, Teachers, TEWU, unrented media, etc. have all come to the common conclusion that none will fall as fools for NPP and NDC lies and deceit. They will not fall for the state looting equalisation that has gone on for over 27 years into the fourth Republic. In 2020, the wise will rise to rescue Ghana.

The same cosmic force that pushed the wasteful Mahama-led NDC Government in 2016 will without compromise push the Nana Addo-Danquah-led NPP Government in 2020. If NDC never succeeded even with Money and Green Book, the NPP should honourably hand over to the Independent Presidential System.

The IPS would want to thank all who are patiently witnessing the best Government that can ever come from political parties in the 4th Republic as proclaimed by Fmr. President JJ Rawlings and conferred on President Nana Addo-Danquah.

Ghana needs a Government and not political parties and cronies to rule this nation. Such a Government which Nkrumah failed, UNIGOV failed, PNDC failed will become self-evident through the IPS in 2020.

The JOYnews survey which ended on 14 May, 2019 has reinforced the disappointment of Ghanaians with NPP and NDC governance since 1992. A survey of over eight thousand (8000) participants and Independent Presidential System will surely leap ahead of NPP and NDC to share 65% probably in the ratio of 54:44. The Independent Candidates Association of Ghana (ICAG) appreciates JOYnews survey and the message it carries on such a day as 15th May, 2019.

COVID-19: Finance Minister Authorised To Spend GHS1.2bn From...
6 hours ago