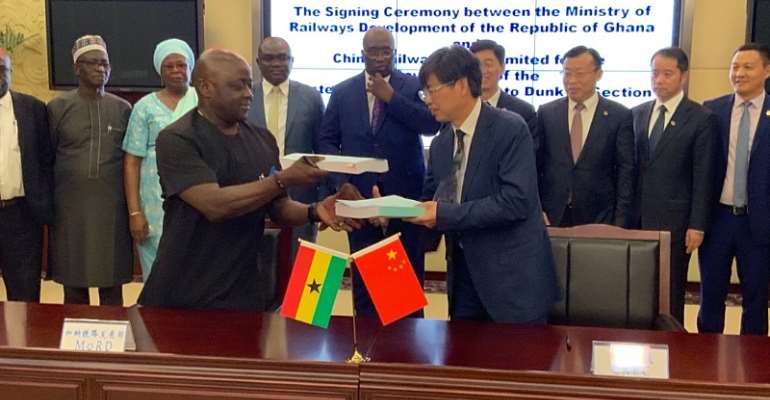 An agreement has been signed between the Ghana Railway Development Authority (GRDA) and China Railway Wuju Group Corporation, also known as China Railway No. 5 Engineering Group Co. Ltd for the continuation of the development of a new Standard Gauge Western line.

The US$500 million project will have both passenger and freight services.

Under this agreement, the Manso through Tarkwa to Dunkwa section of the line which is approximately 100km will be developed. The Kojokrom to Manso section being 22km was awarded to Messers Amandi in 2017 and is presently under construction.

Speaking at the signing ceremony in Beijing, China, the Minister for Railways Development and leader of the Ghanaian delegation, Hon. Joe Ghartey said before the British who colonized the Gold Coast left Ghana in 1957, that they handed over a total railway network of 947km. However by 2017 less than 100km of the railway network was operational. This he said shows the state of Ghana’s railway system.

Hon. Joe Ghartey indicated that since the creation of the Ministry of Railways Development by President Akufo-Addo in 2017, it has started various works on sections of the railway line.

The Sector Minister urged CRWJ to give off their best in order to attract more opportunities in building Ghana’s railway network. Hon. Joe Ghartey further called on CRWJ to do its best to complete the first phase of the project within the one year time frame as indicated in the Agreement.

The Deputy General Manager of CRWJ Mr Liu Yong* was grateful for the opportunity. He described the Contract to develop the Manso to Dunkwa section of the Western railway line as their biggest project in Ghana.

He assured the delegation that CRWJ will ensure that terms of the Agreement are complied with and fulfilled to the latter.

He added that the CRWJ will fully leverage its comprehensive strength and technical advantages to strengthen communication and bilateral ties between CR5 and the Government of Ghana to realize its vision of a modern railway network.

CRWJ has been on the Ghanaian market since 2007. It has six (6) subsidiaries presently conducting businesses in Ghana. They include CR3, CR5, CR7, CR10 and the China Railway Major Bridge Construction Group with over 1,500 local employees.

Earlier, the Ghanaian delegation visited CRWJ’s project site in Beijing. The company is constructing a 174km high-speed rail project, with a design speed of 350kilometers per hour. It will connect Beijing and Zhangjiakou. Part of the project is a 12km underground tunnel which lies 102meters below the historical Great Wall of China. The project is expected to be completed by the end of 2019. 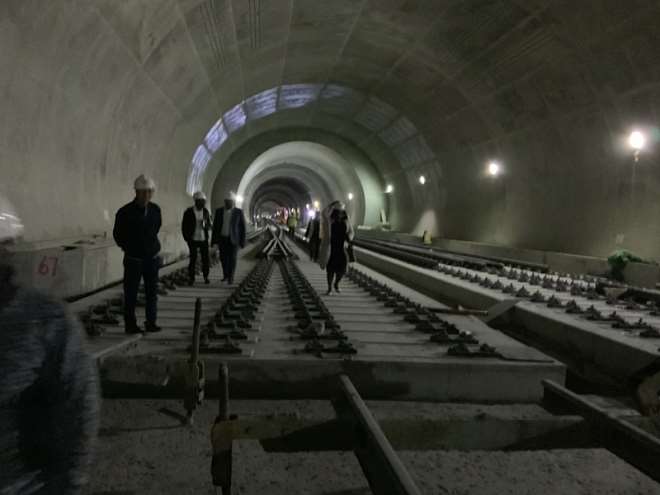