​​​Madagascar: Excessive use of pre-trial detention continues to grow, with devastating impact 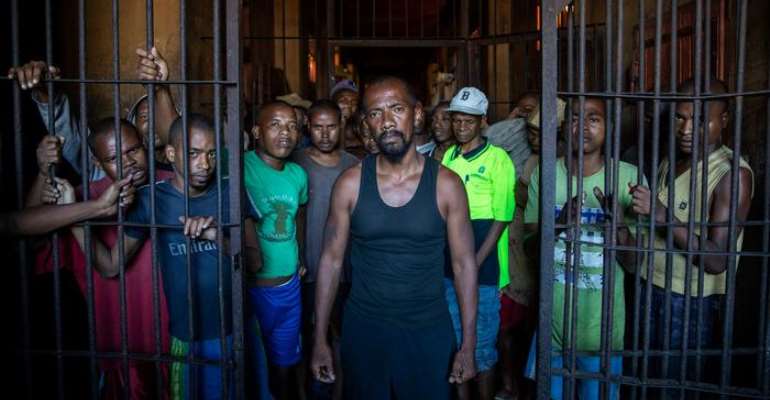 Thousands of people continue to languish in Malagasy prisons without having been found guilty of any crime due to the excessive use of pre-trial detention, Amnesty International said on Africa Pretrial Detention Day.

Six months after an Amnesty report exposed the alarming use of pre-trial detention in the island nation, the situation has worsened, and earlier this month a student was found dead after spending a night in police custody.

“The excessive use of pre-trial detention in Madagascar is unjust and abusive, and it has now reached crisis levels with up to 14,000 people held,” said Deprose Muchena, Amnesty International’s Regional Director for Southern Africa.

“Pre-trial detention is mostly used against poor people who cannot afford lawyers to get them out of prison. The Malagasy authorities cannot continue keeping thousands of people who have not been found guilty of any crime in jail.”

There were 14,067 people in pre-trial detention as of February 2019, a sharp rise from 11,703 in October 2017. The number of pre-trial detainees exceeds the total capacity of the country’s prisons, which is 10,600. Pre-trial detainees in Madagascar are held in appalling conditions that pose a threat to their lives, and fall far short of international, regional and national human rights law and standards. This situation creates an environment where violations of a range of human rights have become commonplace, including: arbitrary detention; breaches of fair trial guarantees; and, violations of the prohibition of torture and other cruel, inhuman or degrading treatment or punishment.

On 6 April 2019, a 19-year old student, who had been arrested the previous day on suspicion of robbery in Maroantsetra, was found dead after spending a night in police custody. According to a doctor’s report, the student was beaten to death. In its October 2018 report, Amnesty International was told by interviewees that police used violence to obtain confessions from suspects in order to close cases quickly.

The overall prison population has increased to 24,928 – its highest level in a decade. This means detainees are forced to live in overcrowded and unhygienic conditions, without adequate access to food or healthcare.

Pre-trial detainees held in Madagascar’s prisons often have to wait months or years before their trial, even for minor offences such as chicken theft.

Children jailed with adults Pre-trial detention is routinely used in cases involving children, some of whom are held alongside adults in violation of Madagascar’s own laws, as well as regional and international law and standards which Madagascar is bound to. Children are often held against their best interests in inhumane conditions for non-violent or petty offences, subjecting them to a range of human rights violations.

In February 2019, Amnesty International was informed of the placement in pre-trial detention of two children, aged 6 and 10 years old, in the Maroantsetra prison. After spending one night in the children’s section, they spent a week in the prison director’s home. Under Malagasy law children under 13 cannot be subject to imprisonment.

“The government must take all necessary measures - in law, policy and practice - to end the use of unjustified, excessive and prolonged pre-trial detention, ensure fair procedures for all suspects and provide humane conditions of detention.”

Background 25 April 2019 marks the fourth Africa Pretrial Detention Day, commemorated annually to raise awareness of the plight of thousands of people who are held in detention in police cells and prisons across Africa for prolonged periods without trial.