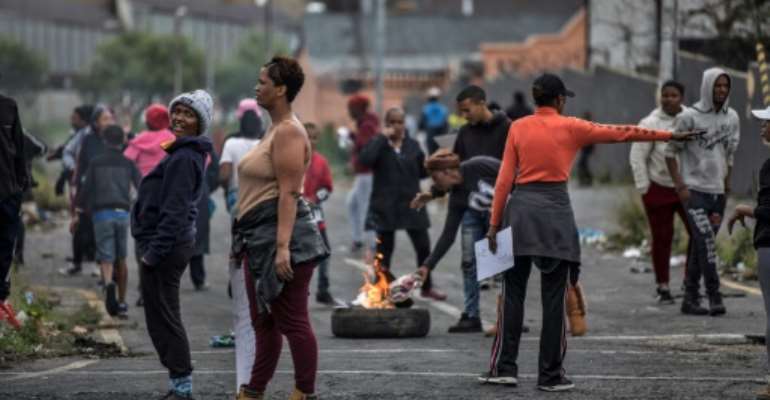 Police and protesters exchanged volleys of teargas and stones in Johannesburg on Tuesday when a suburb erupted into protest over public services ahead of polls on May 8.

Dozens of residents in the working class Turffontein suburb blocked the main road through ward 55, burning tyres, mattresses and tree branches over allegedly unfair allocation of new social housing nearby. 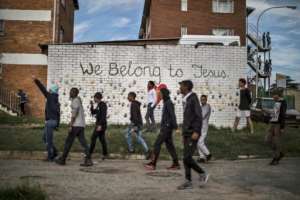 Protesters pass in front of a mural in Johannesburg as they faced off against police. By MARCO LONGARI (AFP)

Plumes of acrid smoke filled the air as women danced and chanted by the roadside.

The DA, in opposition nationally, will face off against the ruling African National Congress (ANC) in polls defined by persistent shortcomings in the delivery of basic services like social housing, electricity and healthcare. 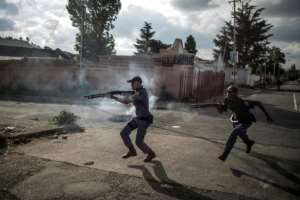 There have been dozens of similar protests nationwide. By MARCO LONGARI (AFP)

There have been dozens of similar protests nationwide as communities attempt to gain attention ahead of the vote.

Daniel Monchusi of the South African National Civic Organisation said residents were angry because the area's affordable homes were being given to people "from outside ward 55". 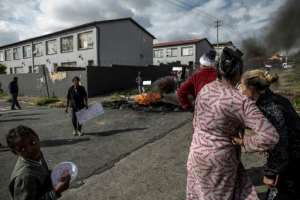 Turffontein is a working class suburb on the way to Soweto. By MARCO LONGARI (AFP)

"We're fighting for people from around here," said the campaigner who wore an ANC baseball cap.

A group of 20 young men, cheered on by crowds of older women, weaved in and out of ageing apartment blocks to dodge police who fired teargas and rubber bullets.

"They're dogs," said one of the women who watched on as police opened fire.

Protester Leroy Meryan, 27, said authorities "don't care" about poor housing as men around him hurled rocks and built barricades on the main road. 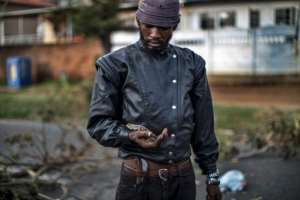 A demonstrator holds his pet salamander Rokkie after a car ran over the box it was kept in. By MARCO LONGARI (AFP)

Tempers cooled when a car ran over a plastic box containing a pet salamander named Rokkie belonging to a protester clad in a leather.

The amphibian was unhurt and the crowd began to drift away as the sun set over the layered golden mounds of earth displaced by mining that dot Johannesburg.