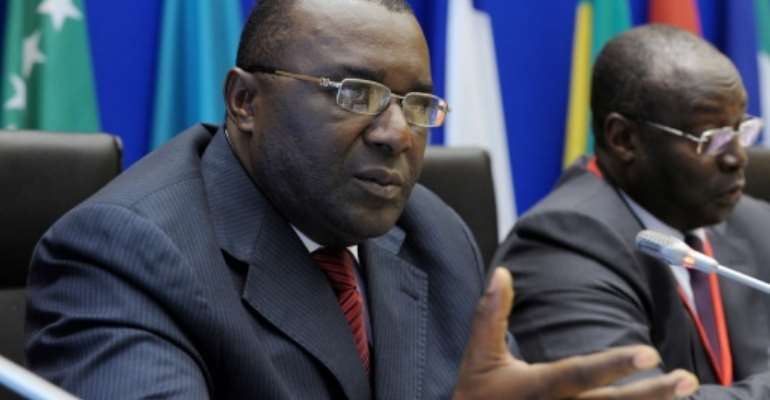 Equatorial Guinea's finance minister Lucas Abaga Nchama has been dismissed for "irregularities committed in the exercise of his office," the government said. By ERIC PIERMONT (AFP/File)

Equatorial Guinea's minister for economy and finance, Lucas Abaga Nchama, has been sacked for "irregularities," according to a government decree published on Wednesday.

Abaga Nchama, who was also in charge of planning, was dismissed for "irregularities committed in the exercise of his office," it said, without giving further details.

He has been replaced by Cesar Mba Abogo, a secretary of state who had responsibility for steering the country's 2020 development programme.

Equatorial Guinea is in a deep economic crisis, triggered by the post-2014 slump in the price of crude oil, its principal export.

The former Spanish colony ranks 141st out of 189 countries on the UN's 2018 Human Development Index, and 172nd out of 180 countries on Transparency International''s 2018 Corruption Perceptions Index.