…Commends Ihedioha Over Plans to Immortalize Him
By Chike Walter Duru 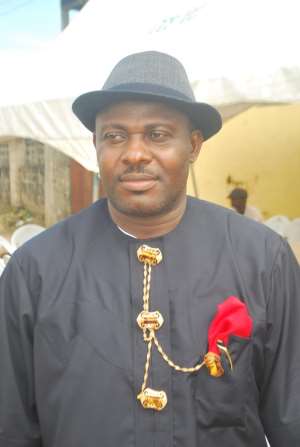 Speaking during the funeral rites of the Ikeduru-born federal Lawmaker, Irona expressed shock at his sudden death, even as he prayed God to console his family.

“News of the death of Rt. Hon. Bethel Amadi came to me like a shock. Initially, I doubted it, until when I got confirmations. The truth is that Imo has lost a great son, a legislative icon and a good governance advocate. He is a strong believer in the “Rebuild Imo” Project and believed strongly in the new and unfolding Imo. He left at a time his invaluable experience and contributions would have counted so much. I pray that the good Lord consoles the family, Ikeduru Local Government, Imo State and of course, Nigeria and Africa at large.”

“Bethel was a strong believer in good governance, due process and the rule of law. He was a strong defender of justice, never liked or supported oppression of any sort. He was so determined to take the dividends of democracy to the door steps of his people and his people loved him so much. You can see for yourself, the caliber of persons here. Governors -serving and former, lawmakers, members of the State and federal executive, businessmen and ladies, and people from all walks of life, bearing witness to the late Bethel’s outstanding qualities. He had excellent human relations skills and treated all around him fairly. He was a good family man and Christian. Indeed, a great man is lost.”

Continuing, Irona commended the Imo State Governor-elect, Rt. Hon. Emeka Ihedioha over his decision to immortalize the late federal legislator, describing it as a mark of respect and step in the right direction, even as he urged other public office holders to live exemplary lives in order to be remembered when they are no more.

The author has 155 publications published on Modern Ghana.