Tolon, a proud district without water. 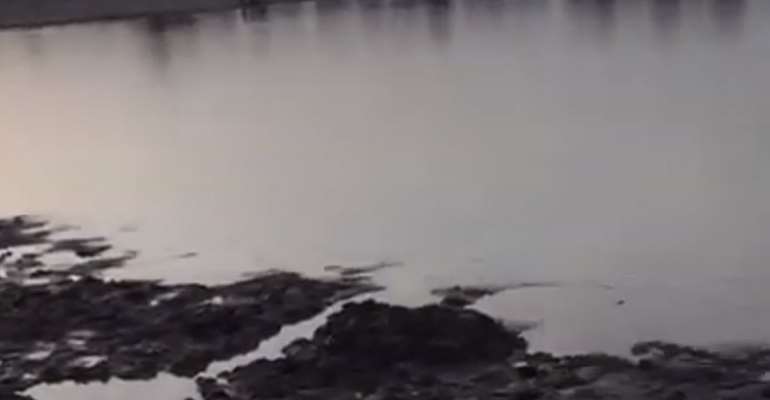 Tolon is a proud district with a population of 72,990, representing about 2.9 percent of the total population of Northern Region, according to the 2010 Population and Housing Census. Tolon, a district, with a rich culture that welcomes diverse group of people to work in the district for the overall development of it, hardly sees people willing to stay and work there because of the major water crisis bedeviling the locals. However sociable and hospitable the inhabitants might be, coupled with its notable rich culture, public office holders never find it appealing staying in the community and contributing to making the development plan of the district a reality.

THE STATE OF WATER IN TOLON

It is said that water is life and we are never too old to treat water like gold. The water situation in Tolon has reached a point that animals don’t even feel save consuming the liquid substance that keeps us alive.

It must be put on record that the main source of water for Tolon, a district capital, is the good old dam located at the outskirts of the community, which has been serving the people for decades. This dam, not only serves the good people of Tolon but also, nearby communities like N-laalaa Yili, Vowagri and Yobzeri. The over-dependence on the good old dam which has been serving the people for decades has suffered a devastating effect so much such that it can no longer provide the people of Tolon and nearby communities with clean, portable and suitable water for human consumption.

A visit to the dam for an eye-saw kept me weeping as I could not believe the combination of what is been called water. The very dam that I fed on, washed my school uniform on every sundays, drink and shower, can no longer be recognised. Very unclean, brownish, muddy and thick as that of a matured sperm that could only be patronized by species without life. But what can the people do!? They are forced to drink, bath with it, cook with it and wash with it. They do not have any other source that is safe and reliable. The so-called pipe borne water, is only made accessible to the people once a week and this has left residents with no viable option to put their trust on, but the good old dam water (now very bad) which has no good future health prospects for inhabitants.

The residents/inhabitants in Tolon and nearby communities in the Tolon district are desperately in need of clean water. The people, for now, can boast of smelly, dirty water for all activities, leading to diseases and deaths. It is appalling seeing young and energetic youth being dragged helplessly to the hospital with the simple outcome related to cholera and unsafe water consumption. How can we allow our dear youth, with brighter vision for mother Ghana die helplessly like chicks?

Fellow Ghanaians, one of your own blood sister, brother, uncle and father is in dire need of portable drinking water. The community (Tolon) now lives in a state of anarchy where there is a war between humans and animals. The dam, which residents have no choice than to value it, is now a breeding ground for insects. Hardly could you fetch water without having to struggle with frogs, toads and other animals in the water. Their (animals) claim of having ownership of the muddy and smelly water over the residents cannot be disputed because they have made the water looks conducive to their stay but however unpalatable for human consumption.

In the search for clean water, many residents prefer to add alum and as well boil it before using it for any human activity. However, for those who are very much economically challenged and children with no source of income, such group have no option than to happily consume same with the hope that God will do the rest.

With the challenges that come with lack of access to safe and adequate water supply for residents in Tolon and surrounding communities, it has heavily contributed to the ongoing poverty level, through both the economic cost of poor health and the high proportion of household expenditure on water supply. There isn’t a day in the district without someone suffering from cholera or other unsafe water-related diseases. This has left the poor subsistence farmer to sell his/her basic food products meant to feed the family to settle health bills. At this stage, what then happens to the family and what better hope does the future of such residents in that mess holds?!

However, the authorities and government agencies of Tolon have made a serious omission from our progressive priorities as a people. If we truly want Tolon to shine as a beacon of development culture that has respect for the elderly, then we cannot allow people or residents living in Tolon and other communities to be treated like second-class citizens, without access to clean drinking water. If leadership cannot actually stand up to their duties as frontiers to community development, then our generational leaders have failed us.

It is disheartening and morally unconscionable that we have families living with contaminated water but hardly could they complain. Simply because everything has now been zeroed to politics. This shouldn’t be the generational citizens and leaders that must be upheld. We need to, as citizens or subjects, point out the generational leadership lapses and as well stand up to our responsibilities. As humans, we cannot survive, let alone thrive, without water. Tolon and its environs deserve clean water that is safe to use and safe to drink.

The right to water extends to all Tolonians. However, the conditions we see in Tolon do not adhere to this basic human right. It must be noted that our neighbors' struggle is our shared struggle and we must all ensure that every Tolonian can access their right to safe and affordable drinking water.

I humbly appeal to the Government of Ghana, both international and local NGOs and Civil Society Organisations to support to rescue the dying district from total water annihilation of the human species. I have dedicated my time and little intellect in a way to bring the problem to the fore and to help build consensus in addressing problems to this water canker. Generally, the country has much to learn from the Brazilian and Australian experiences in water reforms and crises, but it is imperative to understand the social, economic and environmental context within which these took place.