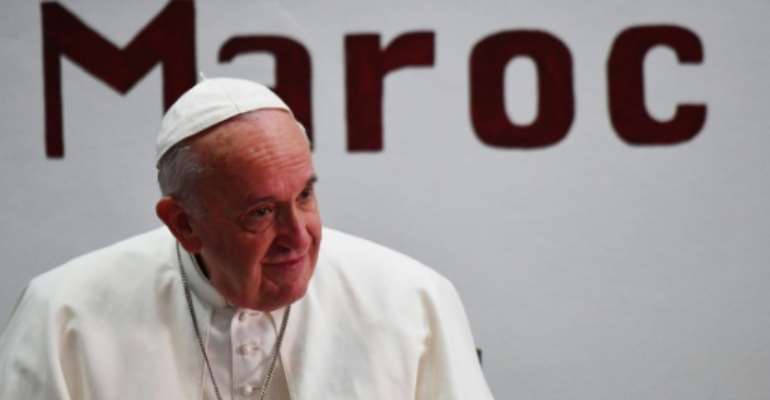 Pope Francis is on a two-day visit to the Moroccan capital Rabat. By Alberto PIZZOLI (AFP)

Pope Francis will hold mass Sunday for nearly 10,000 members of Morocco's Catholic minority, on the second day of a visit during which he has already met migrants and trainee imams.

The Argentine pontiff will begin the day at a social centre near Rabat, before meeting religious leaders at the cathedral in the Moroccan capital.

The highlight for the Catholic community will be the mass held at a city stadium that marks the conclusion of the pope's two-day visit.

Francis is the first pontiff to visit the North African country since John Paul II in 1985, and his arrival drew thousands to the streets on Saturday.

The pontiff also highlighted the suffering of migrants, denouncing "indifference and silence" while calling on people to consider them "as people, not numbers".

The fate of migrants has been a focal point of Francis's papacy and he concluded his Saturday schedule at a Caritas charity centre which offers them support.

While at the centre, where children donned colourful hats to greet the pope, Francis criticised "collective expulsions" and said ways for migrants to regularise their status should be encouraged. 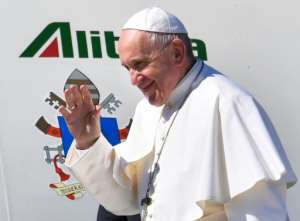 Francis was welcomed to Morocco by King Mohammed VI -- who describes himself as "commander of the faithful" -- and the two on Saturday addressed the "sacred character of Jerusalem".

The city should be a "symbol of peaceful coexistence" for Christians, Jews and Muslims, they said in a joint statement released by the Vatican.

Francis's palace meeting with the king was followed by a visit to an institute which hosts around 1,300 trainee imams and preachers.