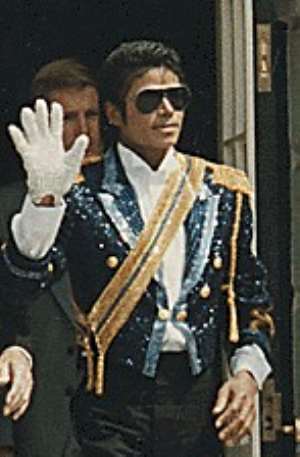 The comedian Dave Chappelle put it like this: why were accusations of inappropriate conduct directed at Michael Jackson always so superbly timed? “Listen Michael,” goes Chappelle’s mock white executive voice, “we need you to jerk off another child.” (Chappelle is also prudent enough to append a qualifying note: he might have done it, but who knows?)

Jackson could always be relied upon to provide distractive, and mad fodder, for social angst and voyeuristic sickness. Murders, atrocities and falling markets might be troubling, but a fit of moral hysteria would always be a reliable distraction. From the dream confection of Neverland, he could be relied upon to be the ghoulish fairy, the floss of nightmares to distract a tormented and terrified population. He could be spoken about, suggests Chappelle, because he was a freak, fair game to all. For all that, goes the comedian, he “did it for you”, the audience. He mutilated himself for you; he altered his persona for you, even as he hoped to influence you.

In many concrete instances, Jackson did play on the gift of freak, ramping up the challenge to accusers and fans alike: I am weird, so celebrate. His video of Ghosts suggests stylised horror, with the Maestro, skeleton robed in black, condemned as a freak who must leave town. Margo Jefferson, writing in On Michael Jackson, deems the music “a bit insipid and nonsensical, the dance moves freakazoid and ridiculous, the scenario grandiose and egotistical, but the whole package is nevertheless a riveting, baroque and show-stopping amplification of Jackson’s fractured self-image.”

Even discussions attempting to remain serious fall for the assumption of sickness, weirdness, freakiness. Sharing bed with young boys, for instance, a point brought up in the notorious interview with Martin Bashir, had a “morally repulsive aspect”, chided Albert Mohler, “In a very real sense,” suggests Mohler, not shying away from grandstanding, “the Michael Jackson affair represents the intersection of America’s celebrity culture and postmodern morality.” Celebrity tickled a certain interest, but “the public mind is torn between moral repugnance and gawpish fascination.”

The documentary Leaving Neverland continues the freak theme with the additional suggestion of skill; Jackson proved adept, goes this theme, at concealing his pederastic tendencies. He deployed his deft performing skills in the name of clandestine hook-ups and cover-ups. James Delingpole of The Spectator is happy to speculate, showing how far presumptions have gone. “His entire career and persona, you might argue, were just one gigantic honeytrap, erected with the purpose of luring pretty little boys into the his web of sin.” He did so with “cunning”.

Such language has the purpose of attributing all-powerful agency to the man and discounting all else. The adoring fans are not that relevant; the celebrity gawkers, boys and parents are treated as pathetic but somehow free of choice and ill will (what of money and fame, attained by feeding on the Jackson magic?). Powerful stardom destroys volition.

The man, being dead, cannot defend himself, but Leaving Neverland details an assortment of sexual abuse accusations from Wade Robson and James Safechuck, the latter having joined the singer’s dance routines in the 1980s Bad tour. Tagged on is commentary from the mothers of the alleged victims, Joy Robson and Stephanie Safechuck. The grounds are laid for feistily expansive ponderings: the accounts provide burning matter for critics about faulty maternal rearing; supposedly, the women in question were nearby when Jackson was engaged in various bed room antics with the youths.

Filmmaker Dan Reed, as stern judge, keen jury and celluloid executioner, is clear in his motivations for making Leaving Neverland, capitalising on the moral distemper of #MeToo. “The Michael Jackson estate – the Michael Jackson machine – pumps out a lot of propaganda to the effect that he was just a childlike lover of humanity and a saviour of children, which is complete bilge.” Reed easily discounts the fact that Robson defended Jackson in the 2005 child sex abuse trial, something he puts down to the muddy relations perpetrators and victims share in matters sexual.

A battle of accounts and feeble memories did not stop with his death. Jackson supplies an endless reserve for tabloid fantasists and publicist droolers across a spectrum of behavioural assessments. They are sordid and rarely rise above the level of lavatory indulgence and the curious sidelong perve. When the stream seems dry, a revitalising surge is provided. Forget the music; focus on the man. Recently, Lisa Marie, daughter of Elvis, was happy to share experiences as conjugally active partner to Jackson between 1994 and 1996, though, as ever, she was sharing them with Jackson’s “childhood friend” J. Randy Taraborrelli, dangerous business that sees much spillage in such rags as The Sun.

In life and in death, he can tease the interest of high-brow, middle-brow and low. He is the Prince of Pop, the Gloved One, the Baby Dangler. In life, he was riddled with financial problems (a $240 million debt with the Bank of America; legal actions from 90 of Neverland Ranch’s employees). Some statements have hit the mark: Jackson as protean, according to Andrew O’Hagan in the London Review of Books (Jul 6, 2006), confused, desperate “but complete in his devotion to self-authorship. His every move shows him to be a modern conundrum about race and identity and selfhood.” He is instability in search of perfection; he is tormented product of excess of demand – demand, that is, of the public.

In current moral climates of hysterical re-assertions and a newfound moral police in matters sexual, the dead are seen to deserve their drubbing. Their remains need to be symbolically exhumed to be judged and burned. If they are accused (and again, without ever being tested by the law) as kingpins of pederasty, they will deserve moral spite, their products shunned. After the airing of Leaving Neverland, certain radio stations removed Jackson songs from their playlists. “Michael Jackson isn’t currently on any MediaWorks Radio stations’ playlists,” explained an unconvincing Leon Wratt of MediaWorks. “This is a reflection of our audiences and their preferences – it is our job to ensure our radio stations are playing the music people want to hear.” Awfully considerate of him.

This is not to say that Jackson is guiltless; we are simply left to build upon images of degeneracy that, when viewed from a distance, confirm the ledgers of the accusers in the absence of rebuttal. The colossally flawed jumble that was Jackson, a character mutilated in flesh and spirit, has ceased to command pity. Now, he is merely commanding the needs for the vengeful. The freakish will bring that out in you, and the morally indignant will confuse the merits of a monster’s work with the monster’s own credentials.