By Yasuyoshi CHIBA with Adrien BARBIER in Beira 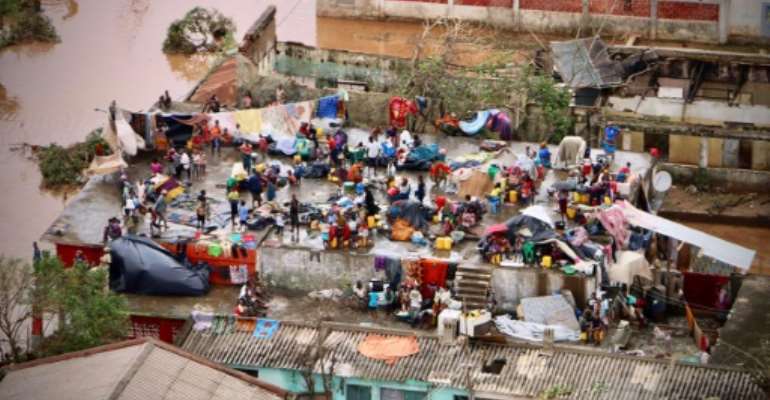 Survivors seek safety on the roof of a house submerged by floods in Mozambique's Buzi town. By ADRIEN BARBIER (AFP/File)

"It was very scary, we were running in all direction, the water was full of snakes," recalls 39-year-old Otelea Jose after arriving from one of the areas worst hit by southern Africa's deadly cyclone.

Jose had been in Buzi, home to nearly 120,000 people, and moved to higher ground fleeing the raging flood waters unleashed by powerful cyclone Idai 10 days ago.

But soon it was not high enough.

She survived by scaling onto the roof of a local administrator's office, but 446 other of her compatriots were not so lucky.

Authorities fear the toll will be more than 1,000 in one of the worst storms to hit southern Africa.

Jose lives in Beira, which was also smashed by Idai, but had gone to Buzi to visit her mother.

Now she has to check if her husband, left behind in Beira, is safe. 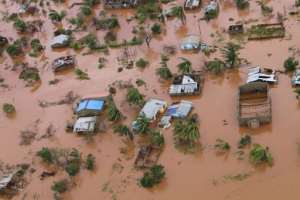 She spoke at Beira port just after disembarking from a boat from Buzi where many people had by the weekend started picking up pieces of their lives as the waters receded and the sun came out.

Survivors are not only dealing with immediate needs of food, shelter and healthcare.

Joaquin Joao Chidja, 16, managed to salvage prized possessions: family photos. He dries them on the roof of a commercial building where he climbed when flood waters rapidly rose.

Joao Zakaria, 42, is still haunted by the viciousness of the cyclone which also left a trail of destruction in neighbouring Zimbabwe where more than 250 people were killed, and bridges and roads ripped apart.

There are "lots of dead (people), we can't even count", he says.

Zakaria vividly remembers the velocity of the water as it swept past his neighbourhood and mourns on behalf of his neighbour. 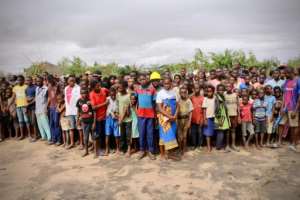 "There was a man, he had 40 cows and he lost all of them. Forty! Imagine. Everybody lost everything,"he says.

The father of four, who survived by climbing up a tree, remembers the floods back in the year 2000 that claimed 800 lives, saying that was nothing compared to Idai.

" In 2000 there was flooding but (the water) was up to the shoulder-level only.

"But this time ...the water covered everything," he says.

But as a rainbow appears in the sky, more people start to venture outside into the wet and muddy streets of Buzi -- 30 kilometres southwest of Beira -- to try pick up pieces of their lives.

Some mop thick layers of mud off the floors of their homes while others dry wet laundry on sagging electricity power lines that were blown down by the force of the cyclone which produced wind gusts of close to 200 kilometres per hour (120 mph).

Around 2,000 people have been rescued from Buzi, a town which aid agencies feared had been wipped out by the floods.