We The People Of Ghana! 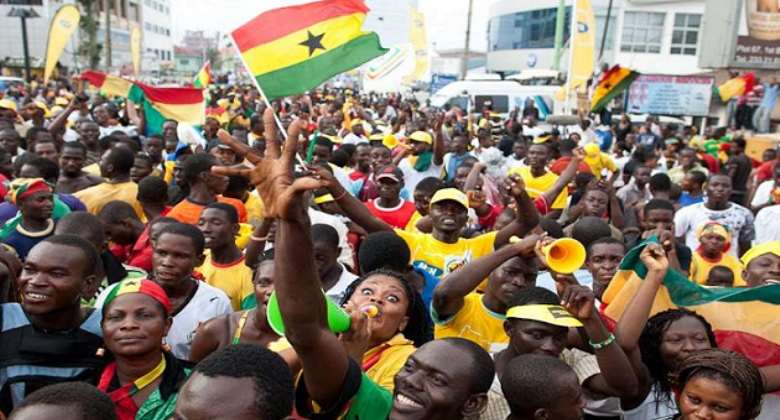 As a matter of necessity, a government is made sovereign and assumes a position of supremacy in its appropriate sphere of action. That notwithstanding, it in fact does not possess all the powers. It is “We the People”, the active citizens who are not mere spectators. It is the people of Ghana who as a matter of right and fact hold the true power of Ghana and as a result chose to conduct the government through representatives. The Constitution of Ghana was ordained and established by the people of Ghana, in the exercise of their inalienable rights, for their own governance with the main purpose of securing for themselves and posterity the blessings of liberty, equality of opportunity and prosperity.

We the people of Ghana, through a legal mechanism, chose to obtain rulers who are highly assumed to possess wisdom to discern and pursue the common good of society and as a result hold the public’s trust. This is a reasonable trust placed in “(wo)men” by “(wo)men” especially because heavenly angels are not physically present to avail themselves for the purpose of governance lest external or internal controls of government would not have been necessary.

In enabling the government (past and present) to control the governed, the people of Ghana obliged it to control itself, guard the society against the oppression and more importantly to guard all parts of the society against the injustice of the other part. The people erected the constitution and means of government to establish justice, promote general welfare and secure the blessings of liberty.

Where a specific duty is assigned by the people and individual rights of such people remain dependent on those assigned duties, an issue arises where any of the people (irrespective of their tribe or political affiliation) consider themselves to have been injured due to the inability to the establishment to honor the just expectations required of it.

In times past and more so currently, the gross negative effects of factionalism in Ghana which has been largely left unattended to, presents a great cause for worry and is contrary to the principles of the social contract through which the people surrendered their ultimate sovereignty. Indeed, with the fear that human life would naturally be “solitary, poor, nasty, brutish and short” in the absence of political order and law, the people of Ghana consented to and explicitly surrendered some of their freedoms to the authority of the state in exchange for the protection of their remaining rights and for an assurance of peace and social order.

A clear breach of this contract for which sovereignty was ceded would entitle the people, no matter how few they may be, to feel betrayed, unsafe and hesitant to take things into their own hands in order to achieve the end of personal security and order.

The primary problem of governance in times past and very much so now has been the control of factions and this increasingly is usurping the process of governance and putting life, liberty and property at risk. The people who feel at risk would overtime be empowered to find alternative means of gaining security for themselves and if left improperly coordinated would cascade into an uncontrollable state of anarchy and civil unrest.

The Government, state institutions and even all vehicles of political authority (whether or not in power) are mandated to ensure a perfect union for the people of Ghana to reside in and by so doing establish justice, ensure tranquility and secure the blessings of liberty for all including posterity in line with the oath of fidelity to the constitution.

Overtime, when people have suffered injustice and have had some experience of both justice and injustice and are no longer able to obtain justice within the context of the surrendered sovereign powers to the state, they tend to enter mutual covenants to compromise the best of all in order to do or retaliate injustice leading to total anarchy which was not intended in the first place.

It is for this reason we the people, in whom the sovereignty of Ghana resides and who are responsible for holding the leaders accountable and promoting the prestige and good name of Ghana, demand that the whole bargain of the social contract entered into be adhered to within the limits laid down in the Constitution of Ghana and in accordance with the principles of freedom, justice, equality, probity and accountability.

The Constitution well provides that “Ghana shall be a democratic state dedicated to the realization of freedom and justice.” The people of Ghana do recognize that the most secure democracy is the one that assures the basic necessities of life for its people as a fundamental duty.

Consequently, the people of Ghana (through the words of the writer) demand that the government and all to whom public trust and authority has been reposed do well to foster a spirit of unity, stability and loyalty to the people of Ghana whilst instilling a culture of political tolerance. It is further demanded that in accordance with the laid down limits of power, the state does all in the power conferred on it by the people of Ghana to protect and safeguard the integrity of Ghana primarily seeking the well-being of all her citizens.