UN eyes second round of Western Sahara talks in March 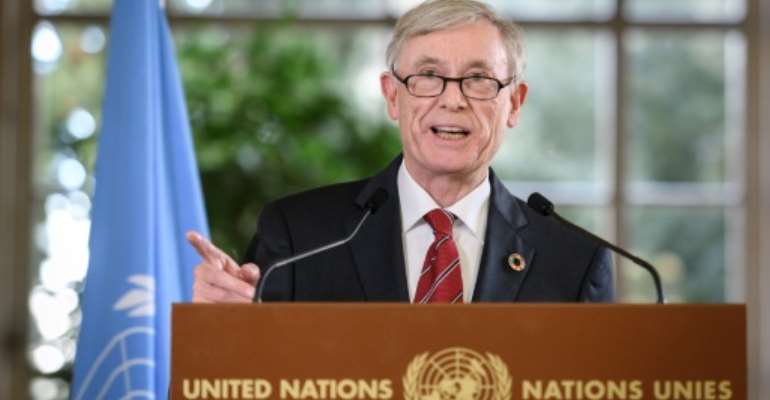 The United Nations plans to convene a second round of talks in March on settling the decades-old conflict in Western Sahara even though no major progress was made during the first round, diplomats said Tuesday.

UN envoy Horst Koehler told a closed-door Security Council meeting that he intended to bring Morocco, the Algerian-backed Polisario Front, Algeria and Mauritania together to follow up on meetings held in Geneva in December.

Koehler, a former German president who took up the peacemaking role in 2017, won "unanimous support" from the council for his cautious step-by-step approach to bring all sides to negotiations, said French Ambassador Francois Delattre after the meeting.

"Everybody is looking forward to the next round of talks that we expect in March," German Ambassador Christoph Heusgen told reporters. "What we have to do now is to achieve some progress."

The envoy discussed possible confidence-building measures such as demining and allowing families living in Algeria and in Western Sahara camps to be reunited, Heusgen said.

The Polisario Front is demanding a referendum on independence for the territory, which Morocco has flatly rejected.

Morocco, which annexed the territory after Spain withdrew in 1975, considers Western Sahara to be an integral part of the kingdom.

The Polisario fought a war with Morocco from 1975 to 1991, when a ceasefire deal was agreed and a UN peace mission was deployed to monitor the truce.

During the talks in December, Morocco and the Polisario dug in their heels and held to their positions, but Koehler nevertheless proclaimed that a peaceful solution was possible.

After addressing the council, Koehler briefed UN Secretary-General Antonio Guterres on his plan.

"In Western Sahara, we are dealing with a long-standing issue," UN spokesman Stephane Dujarric said. "No one is under any illusion. This will take a lot of work from our side and the parties involved to move this forward."

The Polisario said it had proposed a prisoner exchange and the dispatch of human rights monitors to Western Sahara, but their proposals were met with silence from Morocco.

Koehler will hold bilateral meetings with all the players in February to prepare the second round, said South African Ambassador Jerry Matjila, who described the diplomatic push as "very positive."

South Africa recognizes the Sahrawi Arab Democratic Republic (SADR) proclaimed by the Polisario in Western Sahara, as does the African Union.