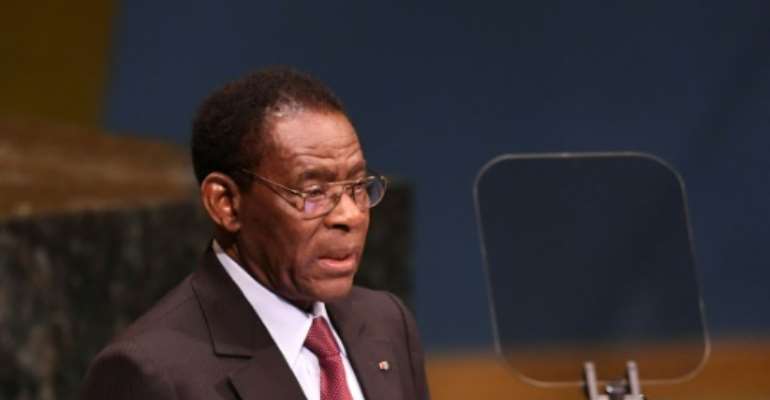 Equatorial Guinea's President Teodoro Obiang Nguema, who has ruled the small, oil-rich state with an iron fist since 1979, has appointed several members of his family to top military positions.

His graft-tainted son Teodorin Nguema Obiang, who is already vice-president, was appointed major general in the army to mark the country's 50th anniversary of independence from Spain late last week, a statement said Monday.

The 76-year-old leader also made his brother-in-law Victoriano Nsue Okomo and his cousin Jose Eneme Obama generals. His son-in-law Fausto Abeso Fuma was given the rank of air commodore.

He was found to have embezzled 150 million euros to fund his lavish lifestyle, which included a six-storey mansion on the upscale Avenue Foch in Paris and paying huge sums to collect memorabilia such as Michael Jackson's glove.

Critics accuse President Obiang of brutal repression of opponents as well as election fraud and corruption.

Equatorial Guinea has become one of sub-Saharan Africa's biggest oil producers, but a large proportion of its 1.2 million population lives in dire poverty.