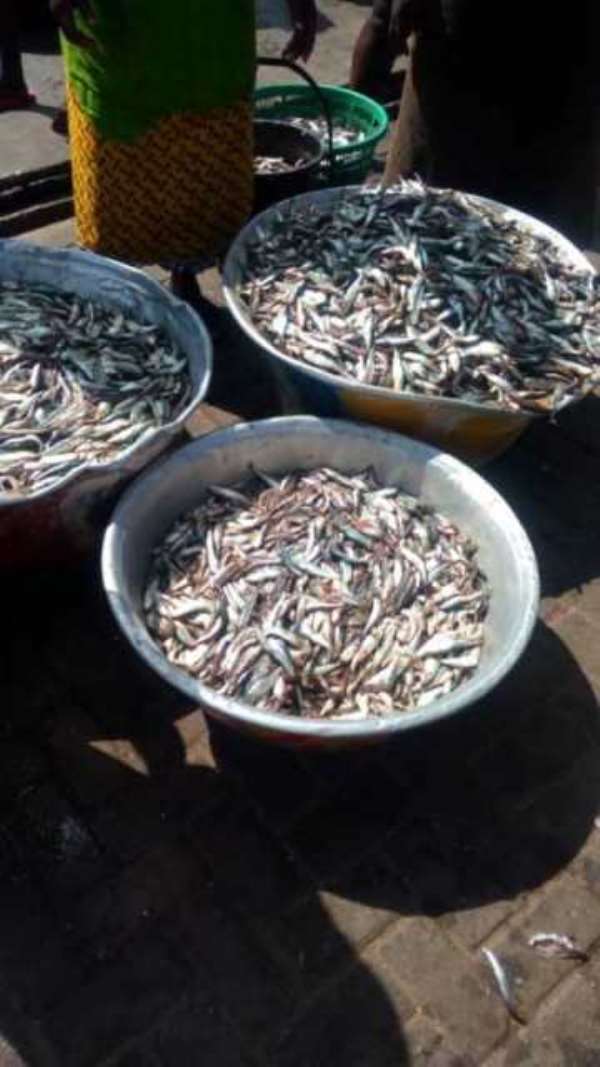 Fishermen and fish mongers at the Albert Bosomtwi Fishing harbour in Sekondi are losing out on the bumper season as there is no ready market or enough cold storage facilities.

The situation has compelled them to dispose some of their catch back into the sea as the season is being characterized by poor sales.

During this period of the year, salmon, herrings and other related species of fish are harvested in larger quantities and this calls for pragmatic steps to stock the unused harvest so as to deal with post harvest losses in the sector.

Nii Ayitey Botwey, the Secretary of the Ghana Inshore Fisheries Association in Sekondi, who confirmed the situation, said the price fall and the throwing of catches back into the sea could be tackled with appropriate measures by institutions concerned to create sustainable job for the players in the industry.

'When there is more catch prices go down, when there's scarcity prices shoot up', he said.

A visit to the beach revealed that a bucket or basin of fish which sold between 350 and 400 cedis was now being sold for GH40 to GH50 at the harbour.

Madam Faustina Ayi, Queen mother for the fishmongers Association at the harbour, said the situation was even worse on Tuesdays since many people assumed that fishermen would not bring fishes or go to sea as it was a sacred day for the fishing industry.

'On Tuesdays, the fishermen do not get buyers for their catch. They have to throw a lot of the fish back into the ocean because they cannot process them', she said.

Madam Ayi said the situation has become an annual affair, which needs to be addressed.

Some fishermen and fishmongers described the situation as an unfortunate, particularly in times when the country is battling with a dwindling fish stock and food security.

Mr Patrick Tawiah, Technical officer of the Fisheries Commission, said many of the fishes caught in the day under question are 'juvenile fishes which did not attract market'.

He said landing on Monday and Tuesday with these juvenile fishes also meant that the fishermen flouted sea regulations of not fishing on Tuesdays and that accounted for the throwing of some of the fishes back into the sea.

Mr Tawiah said fish processors usually did not like to work on the pelagic which they claim could go bad easily and did not ensure value for money.