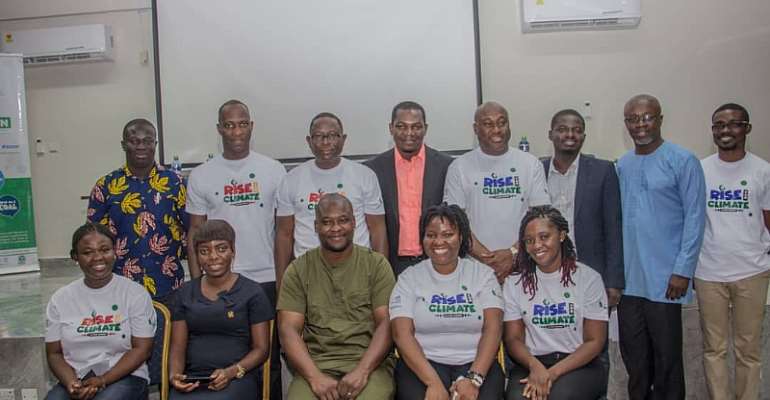 With the increasing rate of climate change and its adverse effect on humanity, the government of Ghana has begun investments into nuclear energy as an alternative to fossil fuel.

The Director of Renewables and Nuclear Energy at the Ministry of Energy, Mr. Wisdom Ahiataku-Togobo, said government is looking at investing in nuclear energy as a long term project by adding 1.1megawatts of nuclear power to the energy mix by 2029.

He indicated that the process for nuclearisation has already begun with the Ghana Atomic Commission.

Mr. Ahiataku-Togobo noted that the project was launched in 2014 together with the passage of the Nuclear Regulatory Bill which government is the process of identifying suitable sites for consideration for the project.

He added that the country has currently passed the first phase of the regulation by the International Atomic Energy Agency.

He stated that government has started several projects including signing of Public Private Partnerships agreements to build both solar and wind parks in the northern and southern-eastern part of Ghana.

According to him, government is currently using renewable energy for off grid and mini Grid electrification for remote village and Island communities.

He stated that Energy Ministry will be commissioning 26 micro grids in remote clinics in parts of the northern region and the Kete-Krachi district.

This was made known at the Global Action Summit on Climate change dubbed, “Rise For Climate” organized by 350 Ghana Reducing our Carbon on the 8th September at the University of Ghana.

Mrs. Portia Adu Mensah, the National Coordinator stated that the rise for climate summit held in Ghana is part of a global movement to demand government across the world to ending fossil fuel dependency and embrace renewable energy instead.

She called on the Government of Ghana to expedite the process of attaining the 10% renewable energy agenda as the current rate of implementation is nothing to write home about.

Similar events were held in over 95 countries worldwide spearheaded by a march in San Fransisco, California in the United States of America.

Mr. Desmond Appiah, Chief Sustainability and Resilience Advisor to the Mayor of Accra, affirmed the assembly’s commitment to the 10% renewable energy agenda and outlined some key projects being embarked on to make it a reality.

He disclosed that, the assembly has conducted an energy audit of AMA building and has drawn an Energy Management Plan, set up Energy Efficiency Fund for Senior High Schools in the metropolis with a pilot project of 5kilowatts solar system at Accra girls Senior High School.

According to him, the assembly is currently conducting greenhouse inventory across sectors such as transportation, sanitation, industry and domestic to know how much emissions is being produced and put in measures to reduce and mitigate its effect.

He added that the Mayor of Accra will launch green spaces initiative upon his return from Washington where he is expected join “city forest initiative” whiles attending the Global Climate Action Summit, a meeting of public officials and corporate executives from around the world.

Speaking on behalf of industry, Mr Lovan Owusu, encouraged the youth not only see climate change as a calamity but also as an opportunity to come up innovative ways to solve and mitigate it effect.

He urged participants and government to become climate entrepreneurs and invest heavily in renewable energy technology as a means job creation.

Mr. Chibeze Ezekiel pledged civil society support to government in creating awareness and education, as well as help government to get access to international funding for its renewable energy and climate change mitigation initiatives.