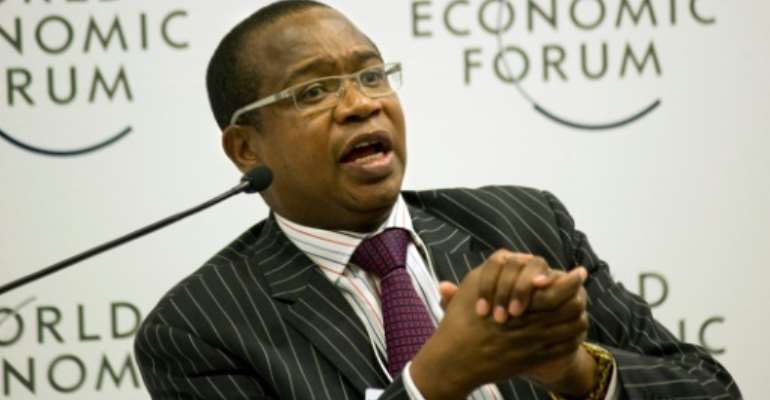 New Finance Minister Mthuli Ncube was a former professor at Oxford and a vice president at the African Development Bank. By RODGER BOSCH (AFP/File)

Zimbabwe's newly-inaugurated President Emmerson Mnangagwa on Friday named respected economist Mthuli Ncube as finance minister to revive the country's battered economy in the first cabinet since his election in a disputed vote.

Ncube, an Oxford University professor who is a former vice president of the African Development Bank, has the tough task of reviving an economy wrecked under Robert Mugabe, who was ousted last year.

The country is battling an economic crisis that includes cash shortages, rising prices of basic commodities, mass unemployment, lack of investment and a shattered infrastructure.

Mnangagwa, who has vowed fixing the economy as his priority, announced sweeping changes to his cabinet after his victory in the July 30 election.

"We want to grow, modernise, mechanise our economy," he said.

"In the next five years, we should uplift quite a number of our people who are in the marginalised category, (and) uplift them into middle class."

Mnangagwa's line up has widely been welcomed by crises-weary Zimbabweans.

"Those are good choices," said John Robertson, an independent economist.

"It does seem to be a good start, (but) it depends on how much authority he (Mnangagwa) will give his ministers."

Mnangagwa dropped several faces that had dominated government over four decades of Mugabe's rule and made changes in the ministries of defence and home affairs, but left untouched the key posts of foreign affairs and lands, held by retired army chiefs.

The new defence minister is Oppah Muchinguri-Kashiri, a former liberation fighter who had held various posts, including that of environment, under Mugabe.

"He has been bold enough to discard people who were known for corruption," said Godfrey Kanyenze, of the Harare-based Labour and Economic Development Research Institute think-tank.

Mnangagwa, 75, said he believed the new cabinet trimmed from 33 to 20 was "ideal for our current challenges".