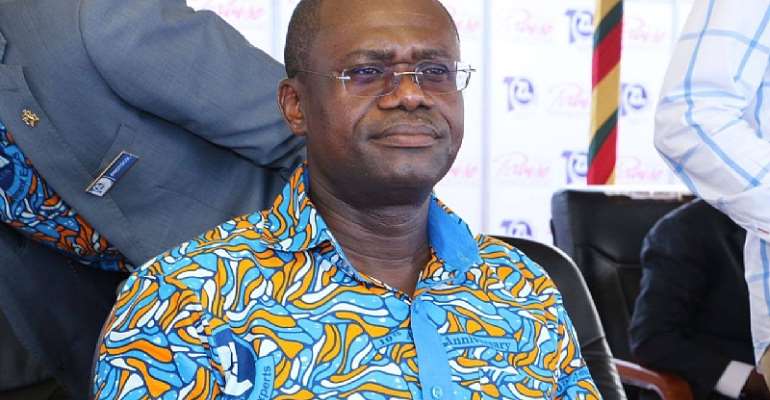 On Monday, September 3, 2018, almost all the newspapers in Ghana carried one story on their front pages. That story, which in turn received favourable discussion on radio and TV stations, was headlined, “Zoomlion presents 500 waste trucks to MMDAs.” There a few variations of the headline, all pointing to the generosity of Zoomlion.

The reports and the commentary on various and TV stations created the impression that the waste management company was a benevolent donor of sanitation equipment to the metropolitan, municipal and district assemblies (MMDAs) across the country.

That is false. Zoomlion Ghana Limited knows the report is false. And some of the journalists who reported it knew it was false. These image-enhancing falsehoods about Zoomlion have been consistently reported for many years so I was not surprised seeing this one. Here is a short background to the story:

On Friday, August 31, 2018, Zoomlion Ghana Limited assembled ministers of state, journalists and some government officials at the Black Star (Independence) Square to do a presentation of vehicles. Even though many of the newspapers, including the Daily Graphic and the Ghanaian Times published the following day (Saturday) that story was not carried in the weekend editions. In what appeared like a well-coordinated publication of the story on Monday to enhance reviews on radio and television, the newspapers dedicated their font pages to the publication. (The Daily Guide did not have on Monday).

That is not my problem. My problem is the falsehood. Here are the facts:

Zoomlion did not present 500 vehicles. The vehicles at the Black Star Square were not 500. There were 150 vehicles in all. Not 500. Zoomlion knows this. And no single reporter who covered the story can stand by the 500. The first paragraph of Daily Graphic’s story said, “Zoomlion Ghana Limited, a waste management company, has presented 500 waste management trucks to the metropolitan, municipal and district assemblies (MMDAs).”

This is false. Zoomlion has not presented 500 vehicles. Anybody who doubts this write up can verify from Zoomlion. Ask them to show you evidence of the 350 remaining vehicles and whey they were not at the Black Star Square.

The Punch newspaper came closest to the truth in its front page headline: “Zoomlion parades 150 waste disposal trucks for MMDAs.”

Zoomlion has given the waste trucks to its own employees to execute Zoomlion’s contracts with the assemblies, as well as Zoomlion’s contracts with other public and private institutions and individuals across the country. The ownership of the trucks is in the name of Zoomlion. Zoomlion controls, manages and uses the trucks to perform its contracts with the government and private institutions and individuals. No single track has been handed to any metropolitan, municipal and district assembly.

When I investigated corruption in the sanitation and waste management sector across the country last year, I discovered Zoomlion had about seven separate contracts running in all the assemblies in the country. These are the contracts:

These are contracts Zoomlion is expected to execute for the assemblies across the country. Apart from the NAMCOP, payments for these contracts are made from the District Assemblies Common Fund. The vehicles Zoomlion paraded last Friday were to help execute the Sanitation Improvement Package contract. Besides this contract, Zoomlion has contracts with private companies, government institutions and individuals in the assemblies to dispose off waste. The vehicles are supposed be used by Zoomlion for its operations. So it is false to say that the company presented vehicles to the MMDAs.

It is like reporting that the Daily Graphic has presented a million rims of paper to its printers – paper which the company will eventually use to print the Daily Graphic, Graphic Business, Junior Graphic, Showbiz and The Mirror. That would be a curious publication but that is what Zoomlion is doing with fanfare. No assembly has received a vehicle from Zoomlion. It’s like Peace FM or Joy FM buying recorders for its regional correspondents to report on the assemblies (for payment from the assemblies) and other events in the assemblies.

Anybody who doubts this write up can walk to any assembly to verify the arrangement.

The vehicles Zoomlion is known to have presented to the assemblies were the tipper trucks and some heavy-duty machines. But they were not free. The assemblies paid for them, but they broke down before some of them finished paying.

This is not the first time this false report is being told by the media. When it was reported that Zoomlion would distribute free one million waste bins to Ghanaian households in 2017, my investigation revealed that the company was awarded a 330 million cedis contract to supply the one million waste bins and 900,000 pieces of bin liners.

After taking invoices from the Jospong Group, it emerged that the cost of this contract was inflated by 148 million cedis. Besides, the Ministry of Local Government and Rural Development had procured 150,000 waste bins and had not been able to distribute them. The waste bins were dumped in various assemblies. The ministry still had 50,000 bins to take from the supplier but it went ahead to award that contract on the instruction from the Office of the President.

Zoomlion’s communication’s department appears to be doing a better job than its operations department, and the media has the editorial freedom and liberty to treat anything from Zoomlion as front page news but it must be accurate, especially when their attention is drawn to the facts. The media could be pardoned for being misled by Zoomlion but in the present situation, their attention was drawn to the facts.

On Friday, Joy FM carried the story of Zoomlion’s presentation of the 500 vehicles in its 6a.m. news. I drew the attention of the producer of the bulletin that the vehicles were not meant for the Assemblies but that Zoomlion was simply augmenting its own fleet for its business purposes. For the avoidance of doubt, we asked the reporter covering the event to ask the Local Government Minister, Hajia Alima Mahama, about the arrangement. The reporter, Maxwell Agbagba, asked the minister before she spoke. In her speech, she emphasized that the vehicles had been procured by Zoomlion to help it execute its contracts.

Joy FM’s report on the presentation corrected what it had earlier reported after an interview with a Zoomlion manager. The fact that the vehicles were not meant for the assemblies had been corroborated by the minister. But on Monday, the newspapers still stuck to the false report.

Daily Graphic also presented, as fact, that Zoomlion had over the years created over 200,000 jobs through various modules with the government. Again, this is false.

Zoomlion’s first and biggest contract is the YEA Youth in Sanitation. The the company claims to have 45,000, a figure that has been disputed by the YEA. If you put the Sanitation Guards, NAMCOP and other modules together, their number is less than 15,000. About 60,000 of these workers are given between 400 and 600 cedis. The contracts allow Zoomlion to pay each worker 100 cedis and keep the rest as management fees. It is therefore not true to state that the number of jobs created through Zoomlion’s partnership with the government (and paid for by the government) is over 200,000 when the actual figure is in the range of 60,000.

When Zoomlion was formed in 2006, I had completed senior high school and had gained admission to the Ghana Institute of Journalism. Until 2013, when I started investigating the company and its operations, I would have nominated the company for a Nobel Prize without thinking twice. The reason is not because I had had any previous encounter with the company. My positive opinion was based on media reports, most of which is often falsehood. And that falsehood makes it difficult for people to believe when scandalous deals about the company are exposed.