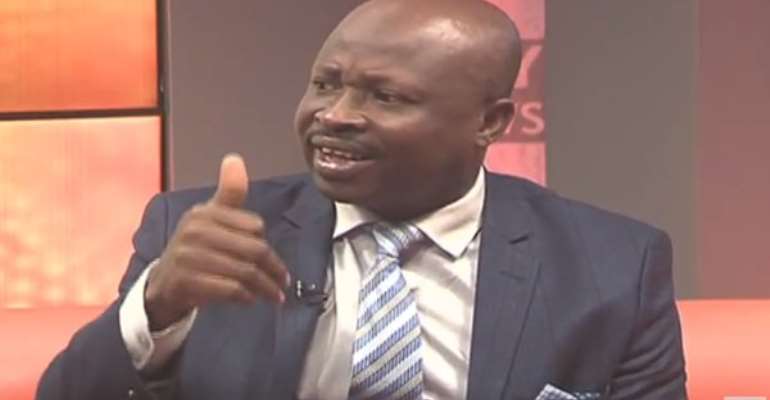 A member of Parliament’s Finance Committee has argued that the decision to stick with an in-camera probe into the banking crisis is to protect the Ghanaian economy.

Richard Acheampong said that the finance sector is a sensitive one and an in-camera probe will prevent any false or unverified information from entering the public space which will hurt the sector.

Speaking to Joy News’ Mamavi Owusu Aboagye on the AM Show Thursday, Mr Acheampong noted that comments from those the Finance Committee will be interrogating must be handled with decorum.

“If care is not taken and an information goes out there and it is not managed well, before that comment which may be a lie could be withdrawn, the harm may be caused to the industry and if you collapse the finance sector the entire economy will collapse,” the Bia East MP said.

The legislator’s comments come on day two of Parliament’s probe into the recent banking crisis.

According to the committee it “decided as the representative of the people” to open a Parliamentary probe into the crisis that has seen the collapse of seven indigenous banks in a space of 12 months and left hundreds jobless.

Related: Parliament to investigate the collapse of 7 banks

Capital Bank and UT bank went down in August 2017 and were absorbed by the state-owned GCB bank. Although the central bank assured that there would be minimal job losses, scores of the staff of Capital bank and UT bank were asked to go home.

A year later, the Bank of Ghana shocked the nation after it reduced five more banks to nothing and created the Consolidated Bank Ghana to take over their assets and liabilities.

The Bank of Ghana defended its decision to collapse the banks saying that depositors’ funds needed to be protected.

Sovereign bank -- which is one of the five defunct banks -- for instance was cited to have obtained their license under false pretences. The directors of some banks were cited for syphoning large amounts of money from the banks.

Many praised the BoG for cracking the whip but questions arose about how they executed their regulatory role.

Read: 'It's a cover-up!' - NDC MP storms out of bank crisis probe

Parliament decided to interrogate the issues and probe the role BoG and other institutions played that led the creation of The Consolidated Bank Ghana.

Financial firm Klynveld Peat Marwick Goerdeler (KPMG) -- which took over management of UniBank before it was also consolidated -- and audit firm PricewaterhouseCoopers (PwC) who audited some of the banks are expected to appear before the committee today [Thursday].