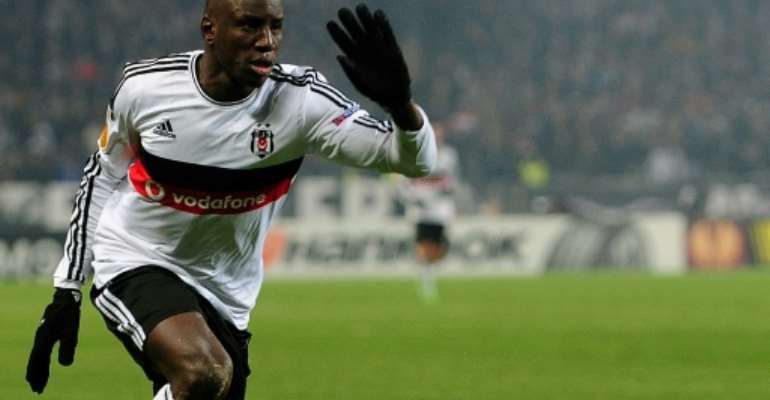 Demba Ba, pictured in 2015, said that Zhang Li had hurled racially insulting remarks at him. By OZAN KOSE (AFP/File)

A Chinese footballer has denied using a racial slur against Sengalese striker Demba Ba during a recent match, his first response to a race row that has rocked the Chinese Super League.

Various Chinese media reported that Ba -- who was visibly angry -- later said that Zhang had hurled racially insulting remarks at him, and Yatai's coach admitted an unnamed player had used "insulting language".

Chinese football authorities said Zhang was being punished because he "interfered with the normal order of the game, causing chaos and adverse social impact". But the statement made no reference to race or racial abuse.

Former Chelsea forward Ba has not commented publicly on the affair but has retweeted anti-racism posts on his Twitter account.

On Saturday, Zhang addressed the allegations for the first time.

"Slander is spreading and swelling, I could sue you, I am not a troublemaker," he wrote on his Weibo account.

"After the incident, all kinds of demons and monsters dumped dirt on me to brand me, but I ignored them, waiting for authorities to tell everyone that I'm not racist."

In his message, Zhang said he thanked the CFA for showing "fairness" and admitted to the accusation he interfered with the normal order of the game.

"I am a very ordinary person, without ambition, I just want to play quietly, make more money and take care of my family," he said. "I do not want to cause friction."