Taxation: How To Fund Welfare Ghana 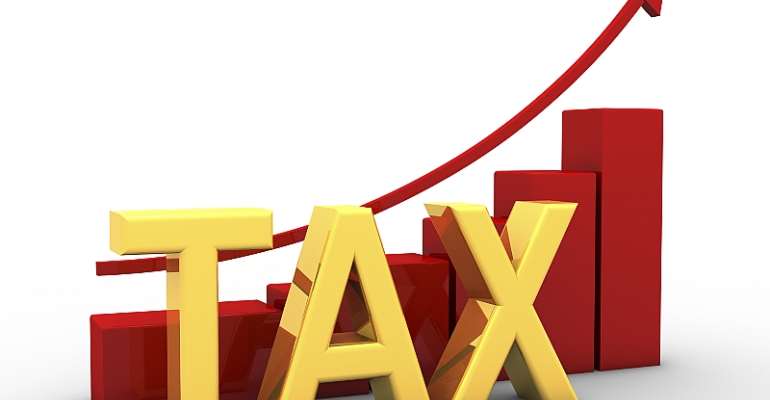 Introduction
If the National Health Insurance Scheme (NHIS) in Ghana were to be considered the heart of Welfare system in Ghana, then the Free SHS (compulsory schooling) would be regarded as the lungs of Ghana’s welfare. These two institutions though new should be guarded and protected so that Ghana as a country will enjoy the benefits that this will later accrue to its royal citizens. Here, I would like to reiterate what Prof Addae Mensah, a former Rector for GIMPA once said. Nobody, he cautioned, should make the survival of the latter institution a matter of political fight; Ghanaians should strive to find a better way where the welfare policies the present Government have instituted would work. It should never be black or white, nor should it be about NPP party or NDC party, because this has to do with how this nation which has struggled so many years ago under military dictatorship would move forward as it shrugs itself from certain dictatorial tendencies.

The purpose of this article is to unveil some of the other areas of public activities where taxes could be collected in order to aid the fragile economy to stand on its legs, for there are indeed certain public activities where taxes could be directed to in order to help the smooth running of the economy. These areas would not attract controversies that could jeopardise the good intentions of the present government, which will in turn make the opposition government exploit it and make unnecessary demonstration or noises regarding it. I would like to caution my dear fellow Ghanaians that the introduction of new taxes or increment made in certain areas of the public services hardly attract complains and demonstrations in those nations that know the importance of taxes and the good developments that can come with it. We should learn to be patient and also be able to analyse whatever comes our way in a meticulous manner for a considerable number of hours and if possible days or months before we come out with our criticisms or deserving responses. Let us be the last to criticise, especially, when we are not familiar with or comprehend not whatever that is being discussed in the public domain, as responsible citizens.

§ EX-GRATIA FOR PARLIAMENTARIANS
One area where we can save money and if possible divert enormous funds to help the welfare system in Ghana is the Ex-gratia that is paid to Ghanaian politicians in parliament. In some developed nations, a parliamentarian only qualifies for ex-gratia if he manages to spend two terms in parliament, that is, two mandate periods (in Ghana that would be 8 years in parliament, but in Sweden it would be 6 years). Those who are unsuccessful in going for a second mandate period are usually advised to go back to their previous work where they only sought permission for leave without pay prior to their becoming honourable members of parliament. If this politician did not have a work, then, certainly he will be made to fall back on his unemployment benefits which he could easily obtain from his workers union that he/she is a member. When a parliamentarian manages successfully to obtain two terms in parliament before he losses the possibility of not going again, it is only this time that he will be eligible to receive the ex-gratia from the state. Even here, the ex-gratia is not paid once in bulk but rather it is paid monthly to the politician which is a good manner to save the public purse of not going to borrow money from abroad in order to pay for this huge sums of money. It must be emphasised clearly that so far as an individual continues to be elected into parliament, he does not receive any ex-gratia which has made some undeserving politicians rich in Ghana, all because every year, no matter the situation that crops up a parliamentarian receives his ex-gratia which diminishes the public purse and as a consequent make Ghanaians poorer and poorer because this money have to be borrowed always from abroad which can accrue high interest from the state. While we are going to maintain the Free SHS and the NHIS in Ghana for the future and beyond, there is absolutely no room for such extravagant life style to be bestowed on our illustrious politicians because Ghanaians cannot simply afford it.

Where we are now in nation’s history, we cannot afford to leave anybody behind in the matter regarding whether he is eligible or not eligible to pay tax to the state. All hands are needed, whether it is the 18 year old who has just begun his small internship in a poor community in the Volta Region, or the 57 year old who has just become unemployed due to his health and, therefore, has decided to do some handy work in order to earn a little money to supplement his meagre pension he receives monthly. The latter would still pay tax on his small business to the state in order to contribute to the community that he lives.

In order to not to leave Cocoa farmers out, all Cocoa farmers should register their farms as private companies and also be prepared to keep bookkeeping which stipulates his yearly, six months, or quarterly earnings and the taxes they will pay to the state. Those who refuse to do this may be liable for prosecution as this business is also now considered as appropriate business where taxes could be declared and income can be earned from that. Any disregard by the present government to leave the modern farmer out in this new development will mean that the government is not serious about revenue and its collection in the country. Once this development has been achieved, first of all, valid income could be reported by prospective farmers which could aid them to plan their future as regards contributing to the pension scheme and also insuring their farms which could enable them to pay their premium and receive insurance in case of loss due to catastrophe or fire. Farming can also become lucrative as we can always have those who want to sell their farm including the house and its belongings to prospective buyers who could be young graduates in modern Ghana at the moment.

Private cars and Lorries do not have the same capability of consuming fuel; some take very little fuel while others take very high amount of fuel in the country. Following the developed nations such as Sweden, Norway and Finland, taxes on cars could be increased so that a car that takes, say 1.8 litres will pay 150 cedis annually while those that take 2 litres will pay 200 cedis and lastly those that take 3 litres and above should pay 500 Ghana cedis per year. These taxes will not face any protest as individuals have the choice to buy either a smaller car or a bigger one, depending on one’s resources he has in the country. In Sweden, good roads are accomplished due to these taxes which hardly receive criticisms or demonstrations from the people because it affects the affluent people not the ordinary person. We can then become judicious concerning the manner fuel is utilised in the country by our politicians as well as the private person. I would like to conclude here that no government should buy free cars for parliamentarians but instead a government could guarantee a parliamentarian to purchase a car with a loan from the banks. If at the end of the mandate period a parliamentarian could not pay his loan, the bank takes over the car and sells it instead. It is a waste of resources to buy free cars for 275 parliamentarians if indeed they have come to serve the people but not to be served by the people.

Good taxes could be collected from parking places which can be created by Parking Companies. These companies could be international or local investors who develop different areas in the municipalities and districts so that they could make money for these centres. The municipalities and districts use money/revenues from these collections and fines in order to tar their roads and also provide recreational activities or centres for the citizens in their areas. It has not been done, not even in the Accra Metropolitan area, where many cars park freely and could stay somewhere for many days without taxes or fines being collected.

There could be voluntary taxes from those Ghanaian living abroad and have their contacts registered in the Embassies and Consulates. These Ghanaians consist of all Ghanaians by blood and also those who sympathise with the citizens of Ghana. These taxes, for examples, could be used to build national cathedrals, public libraries and even certain roads in the country. Recently, the offering of huge sums to certain countries in order to buy their citizenships could be one of the several ways where huge amount of taxes could be collected for certain salient purposes in the country.

§ CONCLUSION
The path we have taken as a country is good but not without some initial difficulties because it means that there will be no money left for any single individual to steal or for a group of people to connive to steal. Those days when the nation could lose 1 billion dollars on the road to the castle is over simply because there will not be any and, in any case, any attempt to steal will be caught by vigilant persons easily. Our obligation as good citizens of Ghana is to become vigilant and report immediately as soon as one discovers any moves to steal or squander money. Never should we wait until it has been taken or squandered before we give the hint; let us do our duty as soon as we come across with any misappropriation of funds by unscrupulous characters. We are already on the way to become a welfare state in this sub region and this is not an easy enterprise, so there will never be any useless money/extra lying somewhere to be squandered or pocketed.