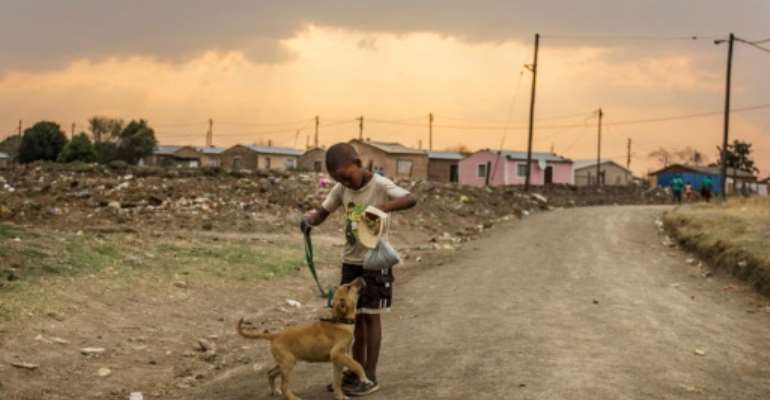 A World Bank report earlier this year declared that South Africa was the most unequal society in the world. By TADEU ANDRE (AFP/File)

Celebrations marking the 100th anniversary of Nelson Mandela's birth have focused attention on South Africa's progress since the euphoric 1994 elections that marked the end of apartheid.

The country's emergence from decades of white-minority rule was greeted with optimism around the world, but over the last 24 years South Africa has struggled to live up to Mandela's vision.

A World Bank report earlier this year declared that South Africa was the most unequal society in the world -- a damning indictment of the legacy of apartheid and the failure to tackle its aftermath.

"Inequality has increased since the end of apartheid in 1994," the report said.

"Race still affects the ability to find a job, as well as the wages received once employed."

The report, which revealed three million more South Africans had slipped into poverty between 2011 and 2015, triggering vows of renewed action from President Cyril Ramaphosa.

The spatial segregation of apartheid has also changed little as many black people live in former townships such as Soweto while many white people live in middle-class suburbs.

An annual survey found that in 2000, 72 percent of people thought race relations were improving, but only 45 percent felt the same in 2014.

Unemployment has cast a long shadow both during and after apartheid.

In 1994, the unemployment rate was approximately 20 percent, with hopes high that the country's re-engagement with the global economy would lead to growth that would transform the job market.

But the statistics tell a grim tale. Unemployment is now at 26.7 percent, close to its post-apartheid record high set in 2017.

Many analysts say the real jobless rate is far higher, and that youth unemployment is over 50 percent. 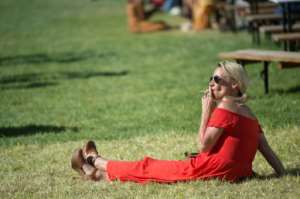 A woman at Cape Town's Met horse race, one of the richest horse races in Africa. By RODGER BOSCH (AFP/File)

The figures point to a whole generation of "born-frees" -- South Africans born after 1994 -- disenchanted, desperate for work and excluded from the mainstream economy.

South Africa has the biggest HIV/AIDS epidemic in the world, with 7.1 million people living with HIV and an adult prevalence rate of 18.9 percent. 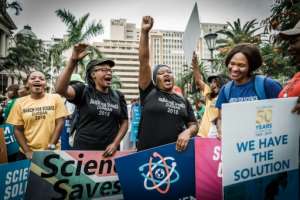 President Thabo Mbeki's "denialism" caused life expectancy to drop from 62 years in 1994 to 52 years in 2006 as he questioned the link between HIV and AIDS and resisted a public treatment programme.

South Africa changed course in 2008 and now has largest anti-retroviral therapy programme in the world, financed largely from its own resources.

Life expectancy has returned to about 63 years.

South Africa suffers from high levels of violent crime ranging from murder and rape to car-jackings and muggings.

Fear of crime is a constant in many people's lives, and South Africans often believe that the problem has increased since 1994, but the statistics are much disputed. 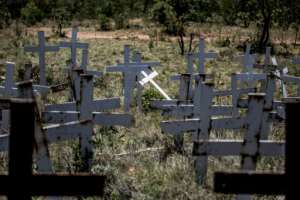 Crosses are planted on a hillside at the White Cross Monument, each one marking a white farmer killed in a farm murder in Ysterberg. By GULSHAN KHAN (AFP/File)

A 2016 study said that in 1994 -- when the country appeared on the edge of civil war -- there were about 74 murders a day, pointing to a sharp fall since then, especially as the population has increased by about 36 percent.

However the murder rate has picked up since about 2013.

Whatever the risk, South Africans live with the ever-present fear of violent crime, and those who can afford it live behind electric fences and high walls, monitored by security cameras and protected by armed guards.