Removal Of Madam Charlotte Osei And The Political Veil 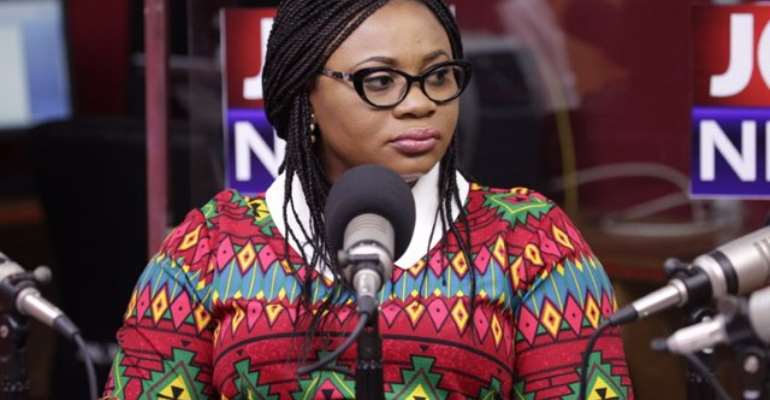 According to Proverbs 14:12, it says that, “There is a way that seems right unto a man, but the end thereof is fatal.” In the eyes of many Ghanaians, President Nana Addo Dankwa Akufo Addo acted the right way to remove the Chairperson of the Electoral Commission (EC) and her two deputies from office, but this may carry within it seeds of catastrophe.

In my opinion, cautions were noted and the constitutional provisions and procedures were duly followed under Articles 146(4) and 149 of the 1992 Constitution. The dishonorable events of turning the office of the EC into a circus of corrupt allegations was not what Ghanaians were encouraging. On the other hand, resorting to depose the three EC bosses although was legally right, but politically, it sets a wrong tone for cataclysmic events in the future to wantonly remove EC Chairpersons for political motives cloaked with legal reasons.

The report and recommendation to the President by the Chief Justice under Article 149 of the Constitution stated 2 findings of allegations, however these allegations do not involve core constitutional mandates of the EC Chairpersons to cause their removal on grounds of misbehavior and incompetence. For example, in 2015, the allegation that brought the dismissal of Ms. Lauretta Lamptey as Chairperson of Commission for Human Rights and Administrative Justice (CHRAJ) was on corruption which goes to affect the constitutional mandate of CHRAJ. Yet, in this case, none of the allegations touched on the core functions of the EC stated in the Constitution.

Furthermore, there are sequence of events that have culminated to this situation which we ought to impugn. Thus, within a short span, having a new Director of Birth and Death Registry, the Ghana card brouhaha, six 6 regions to be created, new districts and constituency alignments, and to cap it, a new EC boss, re-echoes in my mind an American Jester’s oxymoron quote, which says, “My mind is made up, and the facts confuse me.” Thus, Madam Charlotte Osei was clearly going to be at the receiving end of the avalanche that seems to completely change the faces of those in-charge of the electioneering machinery and process no matter what right her case may be.

Going back, we have had a member of parliament for Assin North and the Deputy General Secretary of the ruling New Patriotic Party openly threatening the former EC Commissioner with all sort of derogatory statements against her. This telltales the story of Alice in Wonderland – with a quote which states that, “sentence him and find evidence.” And that is what has happened to Madam Charlotte Osei: finding her faulty to render her removal from office without evidence affecting her mandate as the EC Chairperson. The dismissal of the three EC bosses may have inflicted the institutional memory of the institution to cause for such unsavory situation in the future.

The consequences of the decision by the President to remove Madam Charlotte Osei as the EC Chairperson and her deputies are dire. Lord Denning once said: “Legal theory must give way practical politics.” The Constitution may contain rules so fundamental that they cannot be compromised in the removal from office heads of its independent body, such as the Electoral Commission. But, the law as an instrument must be used to serve the well-being of the society not for political mischief – as it seems to portray with the dismissal of these entities. Perhaps, if misbehavior and incompetence are the grounds for the removal of Madam Charlotte Osei, then arguably, most government’s appointees are not worthy to stand in front of the altar of good governance.

More Feature Article
Modern Ghana Links
Who Is This Coward Called “Guest Writer?”
Centre for National Culture, Tema Joins the Peace Campaign Towards Election 2020
Has The Ghanaian Media Failed Mother Ghana Miserably?
Enough of the I brought this, I did this syndrome
Reasons Why Ghanaians Need To Vote For Mahama
We Would Not Get To Your Courts, Mr Chief Justice
The World Ruler - Part 36
The World Ruler - Part 35
Biden’s Promise: America is Back(wards)
Dossiers Quotes Coronavirus
TOP STORIES