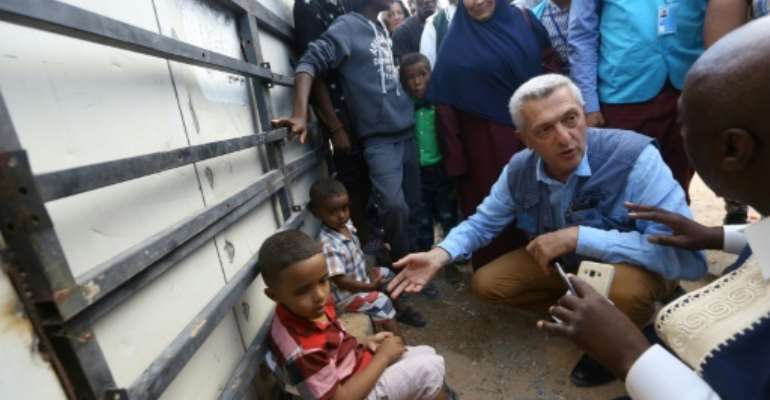 UN refugee agency chief Filippo Grandi said Tuesday during a visit to Libya the key to resolving Europe's migration crisis was "cooperation" rather than disjointed efforts by individual states.

"I have written yesterday to the presidency of the EU offering UNHCR's expertise in finding essential but practical new solutions to address these flows of people," said the United Nations High Commissioner for Refugees.

"This problem can be solved by cooperation, not country by country," Grandi told a news conference in Tripoli.

Unstable since its 2011 uprising, Libya has become a key departure point for thousands of migrants hoping to reach Europe, with hundreds drowning each year as they attempt to cross the Mediterranean.

"Although I don't think that closing ports like Italy did... is a good response, I also think that Italy is right when they say they have received most of the people crossing the Mediterranean, and that there has to be a more balanced distribution," said Grandi.

"We have to find the system that is accepted by all countries in the Mediterranean," said the Italian diplomat.

Winding up a two-day visit to Libya, Grandi was set to travel on to Niger, where the UNHCR has established a transit centre for European countries to process the cases of migrants evacuated from Libya.

So far, less than 2,000 asylum seekers have been accepted by host countries, he said.