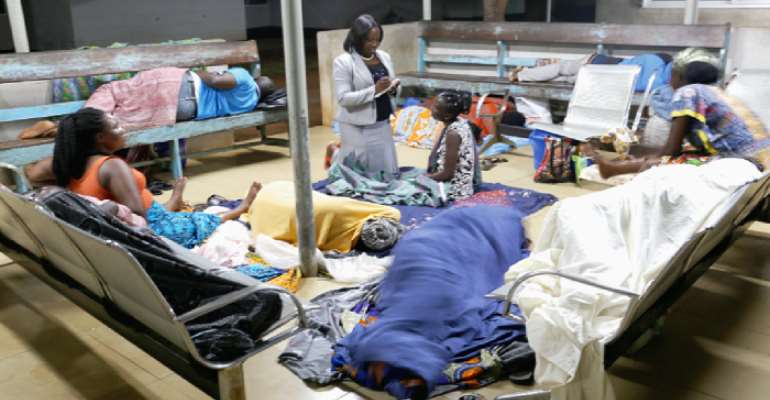 I know for a fact, that over the next few months, the inadequacies, inefficiency, savagery, and whatever about health professionals will eclipse the scandals that have befallen our beloved country. Scandals that have caused the nation billions of tax payer’s monies that could have been channeled into making a better health system. These scandals will be forgotten because it did not take a life, neither did it open dead wounds. In fact, the very people at the helm of affairs amidst all these misappropriation of funds, will be the very ones who will call for the heads of health professionals. Why not? Because they are the law makers, and as usual, we are the followers. And as the saying goes, “follow the leader” Majority will side with them, and say enough is enough, bring these professionals to order. Of course, they need to be brought to order, likewise each and everyone in the country whose actions or inactions has in one way contributed to the death of many Ghanaians.

It is sad, and appalling, how life goes by like day and night, and no one cares till one brave person decides to voice his/her experience. They say two things are assured in life; to be born, and to die. Whatever happens in between that, all the better. But of a truth, no one deserves to die, especially to all the departed souls whose demise was as a result of the newly coined “No Bed Syndrome”.  Truth be told, when it comes to health, there are only two types of citizens; us, and them. And the other truth is, we will suffer the same fate except them. So, make no mistake, being a health professional does not equate to immortality, and we will all suffer the same fate should we have been in the shoes of the late Mr. Anthony Opoku Acheampong, may his soul rest in peace.

I share in the sentiments of other Ghanaians. Some health professionals don’t behave as they are supposed to. It is quite sad, but if you bring your mind to the fact that the famous biblical devil was once a heavenly creature, we need to appreciate the good ones we have. If we can vote for them year in year out despite all their inadequacies, we can likewise push them to do that which is right. Imagine a Ghana where all of them must assess health care domestically, they will definitely put in all the resources needed, hire all the professionals needed, and make life enviable in our beloved country. I speak for all Ghanaians, and I speak for myself as well, for I fear when the unimaginable will happen and I will be told there is no bed.